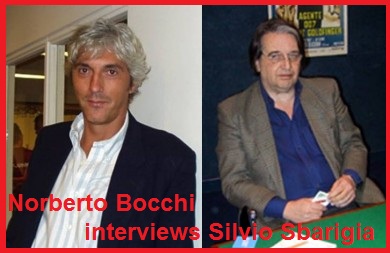 Taking advantage of the 4th International Open Bridge of Barcelona,  an international player, the WGM Norberto Bocchi interviews the best bridge players participating in the event for CSBNews. Now online his interview to Silvio Sbarigia. Silvio and Norberto both are member of Neapolitan Club.

Silvio Sbarigia is a professional bridge player and wellknown Italian Champion. He is a pharmacist; he was born in 1945 in  Rome and lives there. He won the European championships in 1975 with legendary Blue Team,  runner up at 1974’s and at Olympic games of 1976.

Norberto Bocchi:  How have you been captured by bridge?

Silvio Sbarigia: I’ve always been a card player, so it was natural for me to approach the bridge: what fascinated me is the competition. I like competitive bridge.

NB: Which system do you play with your partner?

SS: In my career I played many systems, I know all systems that there were 40 years ago. Today I play V major natural with many gadgets.

NB: How would you describe your bridge style?

NB: Which is the first bridge book you read?

NB: Is there a player who influenced your game?

Benito Garozzo, from whom I learned everything I know.

NB:  Which is the best quality a partner can have?

SS: I’ve always had troublesome partners, I mean with a bad temper. The best quality that a partner can have is the logic.

NB:  Which is your favourite tournament?

SS: When I was young my favourite tournament was the International Bridge Festival of Venice, which now no longer exists. The tournaments I like are the World Championships, European Championships and Olympic Games because the level of the players is always very high and I was lucky enough to participate in these events several times .

NB:   What is your most memorable happy moment at the bridge table?

SS: My memorable moment is the victory at European championship in 1978 with the Blue Team. And my worst memories are the 1976 Olympics in Monte Carlo where we had to settle for silver losing the last match.

NB: Apart from your regular partner, who would you like to play with in an important tournament?

NB: Is there anything you do to avoid bad luck at the bridge table?

SS: I have only some little superstition, such as writing the score with the same pen.

NB:  What is your favourite music? Apart from bridge books, which authors do you enjoy reading? Other sports? Favourite actor or actress? Any painter?

SS: I like all music genres, I often listen to Italian Pop music of Seventies, in particular Lucio Battisti. I love Willbur Smith’s books. My favorite sport is swimming and water polo. My favorite actresses are Ava Gardner and Sharon Stone. As an actor I really like De Niro. My favorite painter is Giovanni Antonio Canal (1697 – 1768) better known as “Canaletto”.

NB: What do you do in your spare time when you are not playing bridge?

English edition by Laura Camponeschi for CSBNews and Neapolitan Club