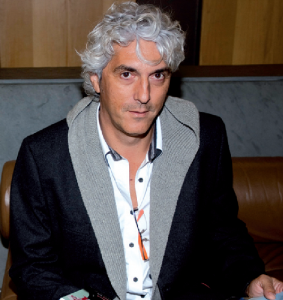 The Cavendish Invitational – How would we mark this tournament as an end of term school report?

Location: Monaco. Monte Carlo is less expensive than you might think, honestly. Travel, room, and board expenses are surprisingly reasonable, a fraction of the entry fee of this unique and important tournament. Nonetheless the auction is more than satisfactory, exciting, and well managed: Mark: 10.

Organization: Allavena and Riccardi have done a superb job. Maybe the organizers did not inform the players quite as promptly about start times. To be honest, I am carping, they deserve a round of applause. Let me try to make a helpful suggestion; it might make more sense if the teams were played over two and half days and the pairs competition a little longer to iron out the luck that adds that certain piquancy to matchpoints: Mark: 8.5

Winners: Congratulations to Lotan Fisher and Ron Schwartz, the two Israeli juniors. What I find so astonishing is their stamina, they led from start to finish, maintaining a high standard throughout against all comers. They played excellent bridge and held their nerve under pressure: Mark: 9

Runners up: Quantin and Cronier, though not a regular partnership, who nevertheless played very well. The same can be said about my regular partner Agustin who played with a certain Zia Mahmood. They came in third, well done. Mark: 8.5

Losers. Despite the large prize money available, all the players displayed nothing but the highest integrity. Hopefully this will usher in a new and much needed level of professionalism into our game: Mark: 10.

Note . It is a pity that not many players from the Americas took part. This had no impact on the standard of the bridge, all the same it would add to the interest of the event if some of the top pairs and teams from across the pond had participated.

Some Thoughts  During the last round of the Italian Mixed Teams Championships* it occurred to me going into the last few boards that it would have been good if the players could constantly view the scores between the two teams, barometer scoring. Knowing the scores would allow players to adjust their tactics, as you would in almost any other competition, thus making it a more exciting for participates and spectators alike. This strategic element would give our great game an added dimension. I think the EBL and WBF should seriously consider this in the near future.

Final Thoughts  During the Italian Mixed Teams Championships, my teammate Giorgio Duboin was issued with a warning for not giving a complete explanation to an opponent. In bridge a warning is quite serious: it means one has contravened the spirit of the game and indulged in what was once called ‘sharp practice’. My view is that they wanted to make an example of one of the games leading stars. Who knows, maybe the director wanted to be the centre of attention. It is very difficult to give a complete explanation, many bids have negative connotations, it would be nigh on impossible to cover all possibilities. Does anyone really think that someone as proficient a player as well as enjoying a reputation of honesty as Giorgino does, would resort to such means to gain an advantage? If it was not so serious it would be laughable. Just as a reminder dear reader, in 2008 Giorgino was awarded the famous Sidney H. Lazard Jr Sportsman of the Year Prize**. He is the only Italian to have won it so far. It is difficult to stomach such a judgement against a true champion.

Diary –I am about to leave to go to Eilat where the European Championships are being held. The field is impressive: Lavazza, Angelini, Monaco and Israel are probably the favourites, but the so-called outsiders contain many strong teams who are capable of winning any match.

After Eilat I will be off to play in the US Nationals in San Francisco. This tournament appeals to me because the format is different without being any easier. As you know, it is a ‘Board a Match’ tournament: each overtrick matters, concentration and the will to win must be maintained throughout to scale Mount Olympus. Moreover, in the US they are in the midst of forming new teams for the coming season. This is an added feature of the Nationals. The negotiations are fever pitched, there is a lot of arm twisting. As in other sports players can move from one team to another and the results are not always good. Even worse, one might find that you have been edged out and benched. Of course the top players are always in demand and whatever the results they will make more than a decent crust.

May way is a co-production by NIB and Neapolitan Club

*Norberto Bocchi played and won with his team (Lavazza from Turin) the 2012 Italian Mixted Teams Championships. The event was held November, 1-4, 2012 in Salsomaggiore Terme (Parma, Italy). [Note of Editor]

** The Sidney H. Lazard Jr. Sportsman of the Year Award.was established by Sidney Lazard in honor of his son, Sidney Jr., who died in 1999 after a year-long battle with cancer at the age of 41. This award is limited to top players and it is given to those who win with class and dignity. [Note of Editor] 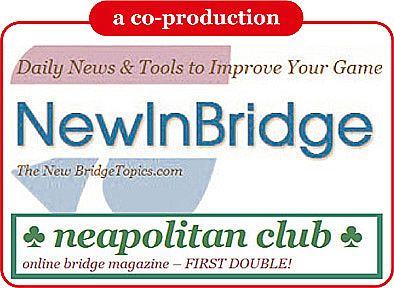