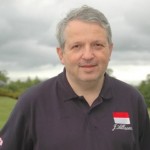 LC: Let us talk about the path which led Zimmermann’s team to represent Monaco at the current European Championships (Dublin 2012). Players applied for residency in Monaco in December 2010, after Zimmermann’s project had been made public. In January 2011 an official statement confirmed the deal between Zimmermann and the Monaco Bridge Federation of which you are the President. This is an ambitious project and as such it requires a lot of preparation. I would like to go through the different stages of this project from the beginning until its realization. When did the idea come up? When did Zimmermann start getting in touch with the players and the Monaco Bridge Federation? How long before December 2010 did the plan take shape?

JCA: You are right, the global path has been quite long, around 18 months, but between Pierre and me on the contrary it was very short. We have talked of this project some years ago, but without any concrete action. Then, Pierre has built his team and has won many international great tournaments. During the same period he played in some championships with the French team, without success. And I think that he progressively convinced himself that his chances of winning with a French team were low, while winning with his own team was a reasonable issue. And, moreover, Pierre wants to win! So, he came to me, last October 2010, to talk about his project and will to play for Monaco with his team. He knew the rules (a true resident of Monaco) and he had no problems with them. So, we started working.

First, during the Champions Cup in Izmir (Nov 2010), I talked with some top members of the EBL and WBF, saying that we do want to respect the rules (they may be bad, but they are there for some reason), and asking “do you think that is a bad thing for bridge?” If one of these people who I highly respect would have said to me “Don’t do it Jean-Charles, because … , I would have said ‘no’ to Pierre; but they all said “Yes, it’s a great opportunity for bridge, do go on”.

Then I came back to Pierre and told him that if we do it, I don’t want just money for the FMB, I also want us to work together on different levels for the bridge in Monaco: new tournaments, events for the local players training for the ‘high-level’ players of Monaco, and Pierre agreed with enthusiasm.

Finally, I talked with my old teammates: well, here’s the project, we will not play the big Championships any more, but we’ll play many other things, and some of them with great champions. What is your opinion? 100% Agreed, so, let’s go!

LC: Residence seemed to be an obstacle for Zimmermann’s project. Players have been resident of Monaco since December 2010, however EBL rules state that a player should be resident of a country for at least two years before he becomes eligible to represent it. Until Veldhoven Championships (October 2011), EBL president Aubry stated that the Monaco team was not eligible to play in the European Championships. What has changed since then? Why does the EBL let Monaco play now?

JCA: You know that since June 2010 in Ostend, I’m a member of the EBL Executive Commitee, and it was consequently an obligation for me to strictly respect the rules. We knew these rules and the obligation of a true residence two years before the possibility to be eligible for a new country. In our mind (and in the mind of some EBL EC Members too), there was a small doubt about these two years. Did it mean two full years (June to June)? Did it mean the whole year 2010 and 2011? Did it mean any day in 2010 was OK for 2012?

In Poznan June 2011, we presented our request to the EBL Credential Committee. The CC admitted the quality of the request, the reality of the residence, but interpreting the two-year term it meant two full years and that as an immediate consequence, the players were not eligible for Dublin 2012.

We didn’t complain at any moment about this decision and we never felt that the world of bridge was against us. We acknowledged with regret that the CC had chosen a strict application of the Law without taking the other aspects into consideration. But nothing unusual with this. But, even if we didn’t complain, we went on working, in order to highlight some purely logical points.

According to the rules of the WBF, the players were allowed to play the IMSA Games in 2012, but not the Europeans of 2012. According to both WBF & EBL, players were allowed to play the Bermuda Bowl 2013, but were not allowed to qualify through the Europeans, because EBL doesn’t organize specific trials for the BB but does so through the European Championships, and because of agenda reasons, the EBL has placed the Europeans one year before the BB. Is it then really normal that WBF, EBL and other zones don’t have the same rules? Fair enough not knowing which rules are best, but at least it would be good to adopt the same ones.

These points have immediately been understood by two great personalities of bridge: José Damiani and Gianarrigo Rona. Yves Aubry understood the problem very fast too, and after the last meeting in Poznan, everybody agreed that it was necessary to work on the harmonization of rules. This was clearly not only pleasant for Monaco or Jean-Charles, but firstly because they were convinced that our project is a good project for bridge and then because they know that once bridge is more and more professional, with financial interests, rules have to be clearer than when you just deal with amateurs.  From this moment, everything moved fast.

In Veldhoven, the WBF EC worked on an update of the rules (but nothing was finalized, and it was normal that at that time, Yves Aubry said that Monaco couldn’t play).

In Bad Honef, during the Champions Cup, the EBL EC decided that, if the new WBF rules include a certain number of non-negotiable points, we would vote it.

In Memphis, March, the WBF approved this new text. And just after this vote, Yves Aubry proposed the text to the EBL EC, with the suggestion of an immediate application, whereupon everybody said ‘yes’.

You can see, when you know the complete and detailed story, that there has not been changes in attitude of the EBL, that there has been no pressure from Monaco: just a progressive understanding of the question and of its interest – a real dialog between all the parties, and at the end a clear decision. I want to add that if, of course, Monaco is the most visible winner of the new rules, many other countries have submitted requests to the EBL for some new players, and after having scrutinized the the situation for each of them, nearly all were accepted for Dublin.

LC: According to you, why did these players leave their home countries to play for Monaco?

JCA: Of course, you should ask the question to them. For me, the answer is a mix of three or four points. All of them have already won titles with their national teams. At the moment, they were (at least the Italians and the Norwegians) in a difficult situation with their NBO, for example because they were not selected to play in Ostend for their country. They all are professionals, and Pierre Zimmermann is clearly a great sponsor, who loves his players and pays them very well. Add to this a new exciting challenge, the quality of life in Monaco and certainly the pleasure to play some French competitions with me and the local stars (!), you’ll have your answer.

JCA: Here too, check with them, but this is a classical situation in sport. When the sheik of Abu Dhabi buys Manchester City or the sheik of Qatar buys Paris Saint Germain, they add a new power to these Leagues. And at the other end some countries are now weaker than before, are they creating some void? The only thing that I know, having talked with some great players, is that the situation is not at all a problem for them, and that they would rather play against big stars than against weak countries. So, let’s see.

LC: How did the Norwegian and Italian Bridge Federations react to Zimmermann’s project?

JCA: We didn’t get any official reaction at all, except from the French Federation who congratulated us on the project. We have proposed to these three Feds to play every two years, before the European Championships, a friendly training Cup, but no one answered (except France, with whom a great training was played at the beginning of May). Anyway, today in Dublin the Norwegian captain told me he is proud that two Norwegian players were in our Monaco team, and that this professional evolution is great for bridge.