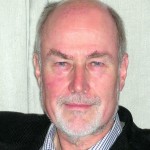 YERALASH: The discovery of a missing link? – by Bob van de Velde. For more than a century, bridge and card game historians have been searching for the origin of both the  game and the name of Bridge. So far, the oldest document containing some information on the topic is the famous Biritch or Russian Whist pamphlet, published by John Collinson in 1886. Both  elements of its title, the name Biritch and the description of the game as Russian Whist, lead to the assumption that the cradle of the game could be Slavic, but the lack of hard evidence left ample room for other speculation, placing the origins of the game in Constantinople, the Levant, Egypt or India.

In June 2011, the Belgian Hans Secelle, having done extensive research on the history of Bridge, has perhaps put an end to all this speculation. In the Bridge Collection Amsterdam, he discovered the title of a booklet, the content of which is definitely pointing to Russia as Bridge’s country of origin before the middle of the 19th century. In 1869, Christian Vanderheid, the Austrian author of a number of publications on card games, published his Gründlicher Selbstunterricht zur Erlernung des Jarolasch oder das russische Whist (Extensive Selfteaching for  the Learning of Yeralash or Russian Whist), published in Vienna by Wenedikt. His thirty-two-page booklet contains the rules of a game called Yeralash (Jarolasch) which, apart from the playing with a dummy, is almost identical to Biritch as described by Collinson in 1886.

The Yeralash game already possessed the following characteristic features: a rudimentary form of bidding, the possibility to play at no-trumps, a suit hierarchy, slam bonuses, (re)doubling and scoring under and above the line. Even playing with a dummy is touched upon, but as in Dummy Whist, only as a variation for three players. At the beginning of the previous century, recognized authorities like Robert Frederic Foster and William Dalton drew attention to a possible affinity between ‘Yeralash’  (possible transliterations from the Russian: Jarolasch, Jarolasj, Geralasch) and Bridge, but they never mentioned a source to substantiate their assumption. 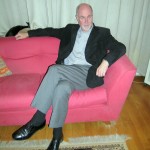 Hervey pointed to the younger Russian game of Vint (or Wint) as a possible ancestor. A century later the French and Dutch bridge researchers Thierry Depaulis and Jac Fuchs mentioned a manual, printed in 1848 in Moscow, which contains a description of whist-preference (‘vistpreferans’). They claimed that this game was renamed Yerolash and that it seemed to be the direct forerunner of Biritch. But they too didn’t show any evidence or any description of sources. Secelle’s discovery has confirmed the correctness of Foster’s, Dalton’s, Depaulis’s and Fuchs’s initial, albeit rather vague or unsubstantiated, assumptions: both the rules of Yeralash and the fact that, like Biritch, the second name of Yeralash is ‘Russian Whist’, indicate undeniably that the origin of most elements which are now typical for the game of Bridge must indeed have originated in Russia.

What is more, Secelle’s discovery furnishes conclusive evidence that the archetype of Bridge already existed in 1869, 17 years earlier than John Collinson published his pamphlet! Vanderheid, in 1869, is testifying about the game’s popularity in the German-speaking parts of Europe, so it must have been introduced there long before, and therefore the game of Yerolash must have been played in Russia still many years earlier. So Yeralash can be considered as the missing link between Biritch and the game (whist-preference?) which came before Yeralash.

It will be the task of bridge historians to find convincing evidence of the existence of Yeralash and related games like whist-preference, including the names of the games and their rules, in Russian sources of the first half of the 19th century.