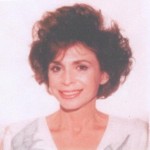 Rhoda Walsh, attorney, is a bridge theorist and champion: she’s WBF Grand Master and an ACBL Grand Life Master. She placed third in 1968 World Women’s Team; in the same year she won all three US National Women’s events: two pair events and one team event. 7th in all time masterpoint list for women; author of “Recap Bridge”. With Paul Soloway, John Swanson, and her ex-husband Richard, Rhoda is one of the co-developers of the 2 over 1 Game Forcing System, formerly known as the Walsh System. Rhoda today plays professionally in tournaments with students and teaches private groups.

Neapolitan Club has already published the development after the one level major opening and the 1NT response.  (click here >>) We now publish the sequences after 1♣ opening and 1♦ response. This part of Rhoda’s System also had been published, but we now present it in a better format and with Italian and Spanish translation, formerly not done. The Spanish edition is edited by Ignatio Jiménez for Eurobridge Club.

– A four card diamond suit is always bypassed when holding a four or more card major, regardless of the strength of responder’s hand.

– A five card diamond suit is always bypassed when holding a five or more card major, regardless of the strength of responder’s hand.

– A five or six card diamond suit is bid before a four card major only when responder holds a game forcing hand.

A non-passed hand responder may respond 1♦on a two or three card diamond holding with 6 to 12 HCP and no other available call. Forcing one round.

A) With less than a game forcing hand: Responder bypasses a five or six card diamond suit and responds in her major:1♣-1♥/1♠.

Notes about the Weak 6-4 Jump Shift

–Opener is not permitted to correct to responder’s major unless opener has a three card major suit fit and a zero card minor suit fit.

– Responder’s expected holding is six of the minor and four of the major, but responder may be 5-5, with a fine minor and a poor major.

–Warning: a seven or more card diamond suit is never bypassed in favor of a four card major, regardless of the strength of responder’s hand.

B) With a game forcing or better hand: responder bids 1♦ first, intending to rebid her major thereafter:1♣-1♦.

A) Holding a Balanced Hand:

The rationale of this exception lies in the fact that we don’t want to play in notrump with 2 small facing 2 small, which is a possibility after 1♣-1♦. By bidding the major, opener notifies responder that opener’s hand is not perfectly suited to notrump, and unless responder has the other  major controlled, we look for another place to play the contract.

c) With 18 to 19 HCP: Opener rebids 2NT, bypassing one or both four card majors: 1♣-1♦; 2NT. Highly game invitational. 2NT does promise full stoppers in both majors.

A) Holding Five or More Diamonds, a Four Card Major, and a Game Forcing Hand:

a) If opener rebids 1NT: Responder rebids two of her major: 1♣-1♦;1NT-2♥/2♠. Game forcing. This rebid guarantees five or more diamonds, four or more cards in the bid major, and game forcing values.

b) If opener rebids responder’s four card major: Responder jumps to three of her major:

Note: A simple raise to the two level by responder is merely competitive, showing 8 to 11 PSP and a three card major suit fit. It tends to indicate Jx or worse in the other major. Nonforcing.

c) If opener rebids the other four card major:

B. Holding Five or More Diamonds, Four or More Clubs, NO Four Card Major, and a Game Forcing Hand:

Note: This is the onlysystemicsequence where a delayed jump raise by responder of opener’s first bid suit is forcing. In all other sequences, it is a game invitational limitraise.

Over a takeout double of opener’s 1♣ opening bid, a 1♦ response shows fouror more diamonds and 6+ HCP: 1♣-Dbl by Opp-1♦. Forcing one round. The 1♦ bidtentatively denies a four card major.

§VII. By a passed hand Responder:

A 1♦ response to a 1♣ opening bid shows five or more diamonds and absolutely denies a four card major. Nonforcing.