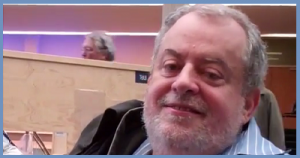 Sam Lev can boast a unusual record, maybe unique: he is quoted twenty-one times in 2011’s Official Encyclopedia, but hasn’t an own entry. For example, we can find him in 1976 at Montecarlo’s Bermuda Bowl in Israeli Team, representing Europe (Italians were defenders). Rumour had in those times that the legendary Blue Team wasn’t longer as legendary as before, and, in fact, in the very first match the Italian champions lost 32-101 right against Israel. But soon Italians recovered, placing second in the round robin, thus gaining the right to play the final against the first, North America (and losing it). Israel was third. Thirty-nine years later, that is today, Sam Lev is in Mahaffey squad, playing the 2015’s Vanderbilt. Amidst these two dates, Sam got a silver medal in World Mind Sport Games (2008); a Bermuda Bowl semi-final played in USA2 Team: they lost by three (3) imps against Netherlands, which after won the title defeating Norway (1993). In 1985 he got another third place in another Bermuda Bowl, behind USA and Austria. Sam also placed second in in 1993 and 2001’s Vanderbilt, but won it in 2002. And of course have not to be forgotten the victory in the 2000 World Mixed Team Championship, the one in 1999’s Reisinger, etc. Who knows him also reports that he’s an hearty person and a gentleman.