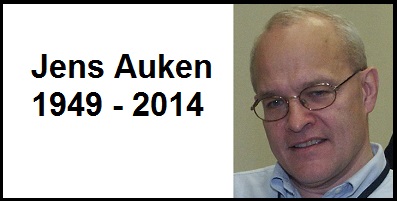 Jens Auken  passed away yesterday. He was born in Copenhagen in 1949 and was practically a fixed member of the Danish National Team since several decades. He led the little Country to amazing results against the giants of Italy, Usa, Poland, as the third place in 1984 and 1996’s Olympic games, the victory in 2000’s Bellaria Mixed European Championship, and many other successes.

He was a lawyer, and also worked in administrative positions in European Bridge League: member of the Board, vice-President, Secretary.

Lately he got the fifth place in 2011’s Veldhoven D’Orsi Senior Cup.