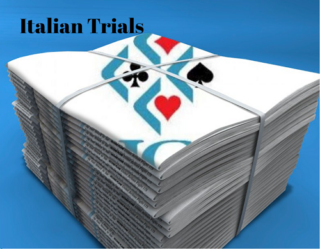 Mario D’Avossa and Fabio Lo Presti have announced the withdrawal of their team (De Michelis) on Facebook.

They wrote that it was a difficult decision. The rationale was the sudden changes in the competition’s schedule which meant the players were not available on the play days.

Although they were disappointed, they said neither players nor the captain intended to appeal against the Italian Federation’s decision.

According the new programme, posted on the 11th of October, the remaining four teams will play a Single Phase.