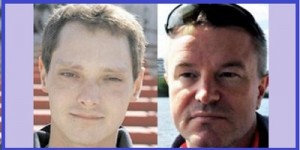 Alex Smirnov and Josef Piekarek, both members of the German Open Team have just issued the following statement:

We are aware of the “whispers” and we are sorry to say there is some truth to them. We regret in the past as a partnership we committed some ethical violations. This morning we informed our Federation and our teammates and we have all agreed that the German team should withdraw from the Bermuda Bowl.

We also have voluntarily agreed never to play  competitive bridge again together and also will take at least two years off from playing bridge at all except perhaps socially. We hope that after such a time has elapsed, that we might be welcomed back into the competitive bridge playing community.

Jan val Cleeff has written at NIB: “Alex Smirnov and Josef Piekarek,  both member as a pair of the German open bridge team, confessed today unethical play. Anticipating further measures by EBL the German open team has decided to withdraw from the Bermuda Bowl in Chennai. Now it is upto France to decide if they will go to India, which is is not likely on such a short time. Next in line is Norway, the country of whistleblower Broge Brogeland.”

Late in the afternoon, the German Federation (DBV) has posted the following statement: “As Josef Piekarek and Alexander Smirnov have admitted to have committed some ethical violations, the German Open Team will not compete in the 2015 Bermuda Bowl.”

September 20, 2015 – The EBL has posted the following statement: “In a further development, the German pair Piekarek – Smirnov has admitted unethical behaviour in the past. This matter has been passed to the Disciplinary Committee for examination and assessment. The two players have been suspended with immediate effect.”