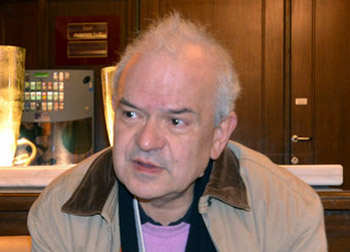 The team of Jörg Fritsche in February won the German Trials for the European Championship of Opatja; in this team there are Sabine Auken, Josef Piekarek, Alexander Smirnov, Roland Rohowsky, and Roy Welland, an American citizen.

Neapolitan Club yesterday received a letter form Nedju Buchlev, a player of the Team Schlicker, defeated in final by Fritsche. In this letter (sent to us and others, journalists and Federations), Buchlev doubts that Roy Welland were actually resident in Germany, therefore he shouldn’t play in German Team.

On this matter, Buchlev had written a month ago the following letter to Yves Aubry, President of the European Bridge League (EBL):

My name is Nedju Buchlev, I am a German citizen living in Germany and being member of the DBV (Deutscher Bridge- Verband) and a former member of the IBPA (International Bridge Press Association).

I am writing this mail to you in order to facilitate preventing a major bridge scandal with the upmost involvement of the EBL, allowing an US-citizen with no bona fide residence in Germany and no obvious connection to Germany to represent this country at the 52nd EBL Team Championship in Opatija this year.

Mr Welland and his partner Ms Auken were allowed by the DBV to play the national qualification for Opatija.
As member of the team Fritsche they won the qualification and are looking forward to represent Germany in Croatia. Mr Harsanyi as the secretary of sport within the DBV and therefore the person in charge of this topic has been asked how this is possible. Mr Harsanyi, who is also a member of the EBL Executive Committee, replied that he has been submitted documents of Mr Welland being resident in Germany and the EBL Credentials Committee has given its approval.

In this respect I want to remind you of your own EBL regulations, the Eligibility Code being approved by the EBL Executive Committee on 30th March 2012 and effective since the 1st April 2012.

“The Bona Fide Residence is one’s actual or true residence, maintained in good faith, and does not include a temporary residence or superficial residence established for convenience or for the purpose of circumventing the conditions of representative participation.

The following criteria will apply for those players seeking reliance upon the Bona Fide Residency Requirements:

1. the player must establish bona fide residence in the country that they seek to represent for at least two years prior to the start of the year within which they wish to participate; and
2. the player must have a visa or permit that allows them to remain in that country for a period of at least 1 year; or

3. the laws of the country allow the player to remain in that country for a period of at least 1 year.”

Something Mr. Harsanyi probably did not tell you upon submitting whatever he has submitted and what in Germany every child knows is:

This means that by German law you have to show up at the city hall of your place of residence within 1 week of relocation in order to register your residence, and you will get a “Meldebescheinigung” which is a certificate of residence and a proof, the only legal proof of residence. Failure to do so will be fined.

In Germany we have more than 80 millions inhabitants (including Mr Harsanyi and myself, of course), Germans and foreigners, who have a registration of residence.

If you do not have the “Meldebescheinigung” only 2 conclusions can be drawn, either one is living illegally in Germany or one is not living in Germany at all, and both these cases would not exactly support the EBL Eligibility Criteria, I assume.

So the obvious question is, has Mr Welland shown proof of bona fide residence in Germany by presenting his “Melde-bescheinigung” not dating later than 01.01.2012 (…for at least 2 years prior to the start of the year within which they wish to participate; see above under 1.)?

Due to all these regulations Germany is probably the easiest country in the world to prove your legal residence, if you have one.

Furthermore upon living legally/bona fide in Germany, non-EU citizens need a “Aufenthaltsgenehmigung” a permit of residence, which would be stamped in the passport.

With an US passport one does not need a visa to enter the EU/Germany and can stay for up to 90 days, when one leaves the EU one can re-enter and stay another 90 days, but that is it for the rest of the year.

You can not live bona fide in Germany on grounds of a tourist 90-days-allowance for at least 183 days/p.a., you need an “Aufenthaltsbescheinigung” (see above under 3., the laws of Germany does not allow you to live here on a tourist visa/entry).

So the obvious question is, has Mr Welland shown proof of permit that allows him to remain in this country for the period he claims to be living in Germany (see above under 2.) ?

Until your EBL Eligibility Code, effective since 1st April 2012, is not an April-joke I would like to ask you to withdraw the approval for Mr. Welland to represent Germany in the coming Championship in Croatia, as long as the above mentioned documents have not been submitted.

I would also kindly ask you to confirm the receipt of my mail and to give me an answer until 21st March 2014.

Depending on your answer I will or I will not inform the 20/25 biggest bridge federations in Europe about what I consider to be quite a bridge scandal.

Furthermore and with this respect I will or I will not inform the leading bridge journalists in Europe and the US about this case.

With all due respect and