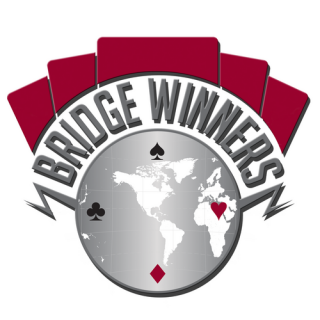 Bridge Winners has posted some documents about the Fantoni -Nunes Case:

Editor’s note: The following information is provided to our readers courtesy of Al Levy, Executive Vice-President of the WBF Executive Council.
Introduction
The WBF held an Executive Council meeting at the Philadelphia NABC during the first weekend.(March 9-11).  One of the issues addressed was the attendance of Fulvio Fantoni at a recent International Barcelona Bridge Festival held by the Asociación Española de Bridge (AEB) and the inquiry into why that was allowed to happen, given that Mr. Fantoni is under suspension from the Italian Bridge Federation (FIGB) and there are reciprocity regulations both within the EBL and by the WBF.
On the following pages are two letters.  The first from Jordi Sabaté, AEB president, responding to the WBF’s and EBL’s inquiry on why Fulvio Fantoni was allowed to play given the current FIGB suspension and reciprocity regulations.  The second letter is the WBF’s response to Jordi Sabaté, written by Gianarrigo Rona, WBF president.  The letter has been circulated by president Rona.

Dear Yves,I acknowledge receipt of your letter and the communication send to you
by David R. Harris, General Council of the WBF. I copy the sender of the
communication and I would be grateful for it to be sent to him, as I do
not have his email address. I also address this mail to our well
regarded President of the WBF for his consideration.

First of all, the AEB has, and will allways, comply with every clear and
precise instruction from the EBL, to which we are associated and
hierarchically dependent. Hence, the AEB will comply with any
instruction coming from the WBF issued through the EBL. Please be
assured that this principle, at least under my Presidency, will always
be respected.

I have sent both available communications to the AEB legal services,
taking into account the current situation and the potential scenario.
They have made it clear that both communications (the EBL’s and the
WBF’s) are merely informing of a particular rule based on the
notification received from the FIGB in 2016 regarding sanctions imposed
by this institution to the players Mr. Fantoni and Mr. Nunes, of which
we have not been officialy notified until now.

The AEB Legal Services have reported me that the communications do not
contain a precise instruction, neither they offer any interpretation on
the contradiction of the reciprocity principle as they do not mention
the CAS resolution issued on January 10th 2018, which revoke the
sanction applied, after the previous sanction applied by the FIGB a long
time ago.

Hence, it is our legal advisors understanding that, precisely by the
reciprocity principle, the CAS resolution should prevail. We admit that
this interpretation could be wrong, but this is not the main point; the
main question would be that, according to the communications exchanged
with Mr. Morera (Mr. Fantoni’s lawyer), the fact of publishing in our
web page the sanction, or denying admission to a official tournament,
will leave our association AEB exposed to damage claims. The risk of
such claims would be due to the fact that the above mentioned EBL and
WBF communications, do not content a clear and specific instruction in
that regard, and they do not provide any legal support to do, so as they
just include the transcription of a well-known regulation.

I understand the situation and we are willing to follow your
recommendations, but at the same time we also aim to have legal cover
before we adopt the necessary measures that we would only be able to
implement under a clear instruction and precise mandate to that
objective.

If we would not behave like this, knowing the legal opinion from our
legal advisors about the prevalence of the CAS/EBL resolution, over the
one issued by the FIGB, would leave us exposed to legal responsibilities
or claims. We know Mr. Morera and we have been warned about the eventual
claims, and therefore it does not seem advisable, without taking into
account the reports of our own in-house legal advisors, to accept a
scenario where the AEB would assume direct and exclusive responsibility.

I profoundly regret to have to write you regarding such complex issue,
and I would greatly appreciate, if it is the case and you consider it
necessary, that the EBL would formally and unequivocally write and send
to us an instruction forbidding clear and undoubtedly the admission of
the two players, Mr. Fantoni and Mr. Nunes, in any AEB official
tournament. Otherwise, we would feel entitled to proceed according to
our Legal Service assessment.

We thank you in advance and look forward to hearing from you.

Re: Reciprocity of the decision of the FIGB to suspend Fulvio Fantoni and Claudio Nunes

Apologies for the delay in responding to your e-mail dated 13th February 2018. The Executive Council of the WBF has considered this matter extensively at its recent meeting in Philadelphia. 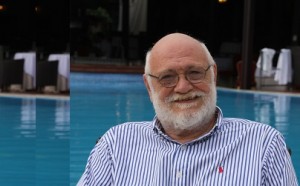 Despite the protestations of the lawyer of Fulvio Fantoni and Claudio Nunes (the “Players”), it is the clear position of WBF (confirmed by external counsel) that the CAS decision has no bearing or impact on the suspension imposed on those players by the FIGB, which we understand remains in force and effect (See footnote 1).

The FIGB suspension, on the other hand, concerned the violation of different national provisions based on different hands (including hands from at least one non-EBL competition). Moreover, the FIGB suspension preceded the suspension that was imposed by the EBL Disciplinary Commission. We understand that the Players did not argue before the Court of Arbitration for Sport that the FIGB suspension prevented the imposition of a subsequent sanction by the EBL based on concepts such as ne bis in idem or res judicata, which would in principle prevent the imposition of a second sanction for the same offence and based on the same facts.

The Reciprocity provisions of the WBF require member federations to “accept and respect all decisions taken by other members and/or Zonal Conferences in disciplinary matters” and to “apply and enforce sanctions of other members […] (including for the avoidance of doubt suspensions or bans) within their geographical jurisdiction” (art. 17 of the WBF Constitution). Similar reciprocity obligations apply under the EBL regulations.

Therefore, the reciprocity rules require all federations to uphold the suspension imposed by the FIGB within their geographical jurisdiction. This therefore prevents the Spanish Bridge Federation from allowing either of the Players to play in any competition organised or patronaged by it during the period of the suspension; to allow them to play would be a breach of the Federation’s obligations as a Member of the World Bridge Federation and the European Bridge League.

The International Barcelona Bridge Festival (the “Festival”) was played under WBF Rules (a fact that was clear on the face of the entry form) and entrants had to be members of NBOs .The Festival was one that was published on the EBL website and, presumably, the website of the Spanish Federation. It is understood and appreciated that you did not have prior knowledge of Fulvio Fantoni’s intention to play at the Festival. It is entirely a matter for your Federation as to whether it wishes to investigate the circumstances surrounding the actions of the President of the Catalonia Bridge Association in connection with the Players’ participation at the Festival.

Hopefully this provides clarity as to the restrictions that must be applied to the Players for so long as the FIGB suspension remains in force.

Footnote 1: Indeed, we understand that a specific application to stay the suspension pending an appeal that is to be heard in December 2018 was denied.