Not being used to the new scale it can be difficult to estimate the value of their lead, however for comparison only 8 VP’s separate numbers 2-5 (Hungary Senior, Italy, USA Cheek and Sweden).

The Yeh Bros presents an impressive field. Besides the Vanderbilt-champions, Dutch and Swedish World Champions are present, two young and strong American teams and of course almighty Italy, not to mention some of the best teams of the Far East.

The prize pool is unique for bridge; the winning team receives the exorbitant amount of 110.000 US dollars.

Against the talented youngsters from Australia Bilde senior wanted to show that although being more than twice as old as the three others at the table, he still has a junior’s impetuousness: 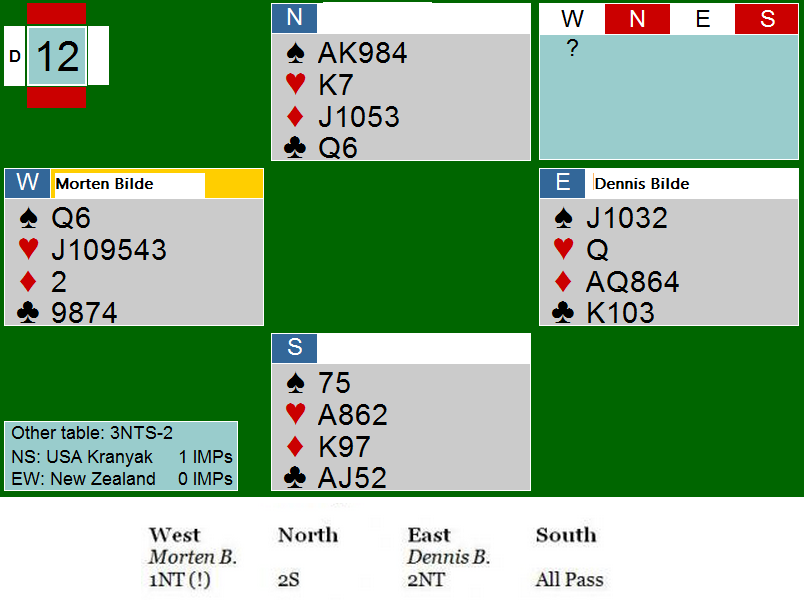 First seat not vulnerable Morten Bilde in west opened 1NT, 15-17. 2S by N, 2NT Lebensohle from Dennis in East, passed out. Down 3 for minus 150. That was ten imp for Bilde and Denmark, Roy and Sabine having bid and made 3NT at the other table.