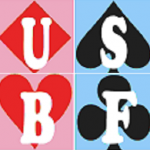 USA2 semifinal is the match between the two defeated teams, Joel and Westheimer. The winner will meet the team defeated in USA1 final, Moss or Sprung; the winner of this third match will be USA2.

All this means that Moss and Sprung go in Netherlands, as USA1 or USA2, winning one of two matches; Joel or Westheimer have to win twice instead.

An interesting third hand opening question was yesterday in board twenty-six of Moss-Joel. Both vulnerable, Jillian Meyers passed in third seat with:

She and her partner Jill Levin play Standard American, 2o1gf. The range of one level opening starts from eleven HCP. The weak two openings are multi 2♦ and two suited 2♥, 2♠; their range is 5-10, or bad eleven.

So, Jillian’s hand is sure in the HCP range of one level opening in first and second seat. Another important factor is that of defensive tricks: she has two and half (two by aces and half by the king); it’s the minimum stated by Ely Culbertson, then the defensive tricks criterion also allows to open – but only 2,5 don’t suggest to do it.

A third parameter is that of losing tricks, and these are too many. The honours scattered and the lack of “body”, that is the lack of tens and nines next to high cards, make the hand too poor in playing tricks for the first or second seat opening. But with such hand, very next to a normal opening, Jillian passed in third seat: too timid? No: on the contrary, it was an intelligent choice.

The opening should be 1♣, but if the opponents win the contract, as it is probable, what lead we suggested to partner! 1♦ might be better for the lead, but the partner will face a rebus when she’ll try to count the hand; what’s more, be 1♣ or 1♦ the opening, we don’t like by no means the idea of a a defence at high level in a 5-3 trump, or in a poor of heads 4-4 fit.

At the other table, Sylvia Moss opened 1♥: they play 5CM as well, but, as advised by the same Alvin Roth, the man who invented the modern 5CM, in third or fourth seat the border line hand can be opened in a four card major – if it is in pair’s agreements.

The other flaw in Jillian’s hand, and in Sylvia’s, is the lack of preparedness. The opening – 1♣ or 1♦, or even 1♥ – isn’t prepared to the response 1♠; the Opener cannot pass with only two card support: he has to bid 1NT. But if the partner has fine nine to eleven points, he sure will raise to 2NT, a difficult contract with high risk of multiple set, vulnerable. And if the partner has less of nine, he will pass leaving us on 1NT with less than twenty points, difficult and dangerous contract as well.