April 20, 2011 – Wuxi Jangsu (China). The Yeh Bros Cup enters second phase: knockout rounds. Today the first 2 rounds have been played, each with 2 segments of 16 boards, for a total of 32. In the first round the Lavazza team (with Bocchi, Madala, Duboin, Sementa)  beat China Life for 86 to 60. In the second round Lavazza met the team of Morris Chang (with Patrick Huang, Mark Lair and Peter Weichsel) and won again: 91-32. Very well done!

Tomorrow  the last two rounds of the knockout stage and then we will know the names of the  finalist teams. 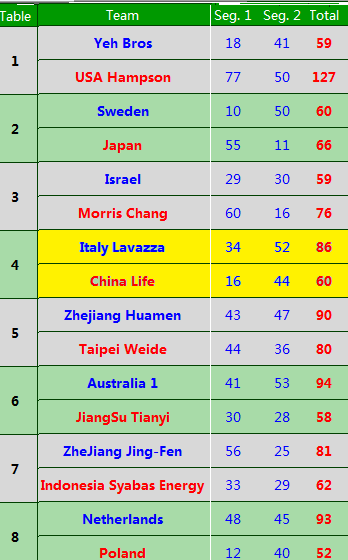 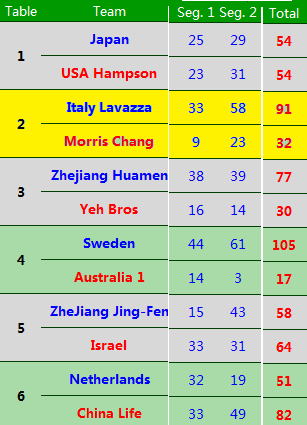 In the photo: Giorgio Duboin and Antonio Sementa of the Lavazza Team, who won the qualifying stage. (source: Official Bulletin)