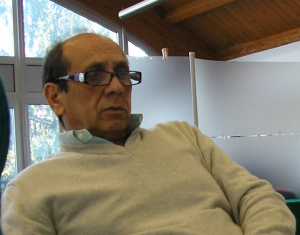 There seem to be issues with the Italian open team for the forthcoming Bermuda Bowl in Bali. It may not be the team which won the bronze medal at the Dublin European Championships. For this reason we decided to clarify things and asked some questions to someone directly involved, Lorenzo Lauria.

Laura Camponeschi: Are there problems with the open team?

Lorenzo Lauria : There are indeed issues, and they are closely related to me. I have been thinking for a while to give up the national team. I am a professional player and my commitments are numerous throughout the year. The truth is that I still have to think about it. It is really hard for me to spend 15 days in Bali, considering all my other commitments in Italian, European, and American competitions. To be honest, I am thinking of getting rid of some commitments. I have to talk about it with Alfredo Versace and with my other team mates, because I feel sorry for them. I feel guilty.

LC: You leave me speechless, I did not expect that you would say this..I did not imagine the problem would be you.

LL: I am saying exactly this, the problem is indeed me. I need longer to recover every time I come back from these Championships. The commitments with the national team are much more stressful than other ordinary bridge commitments, for obvious reasons.

LC: Does it consider your health?

LL: No, not at all. Nonetheless, I am 65 and I think it is right to slow down. In my own interest, I think I can play longer, if I can plan my schedule wisely. The day I realise I cannot play at high level anymore I will stop, I do not want to keep playing at all costs.

LC: Do you know that your words will hurt many Italian fans who still think you are the best?

LL: Thank you, I do not know how true this question is, but as I said earlier I am feeling guilty towards fans and team mates. You see, I spent some wonderful years, and I shared with my team mates incredible successes, maybe non repeatable ones. I want to talk to them and explain my reasons, especially to Alfredo, who really cares about going to Bali. Actually, I have not made a final decision, I want to hear what the others say first and see whether they agree with my reasoning.

LC: You must have spoken to somebody before, since rumours about the open team’s issues have been circulating for some time.

LL: Sure, we chatted about it, but it was a long time before Bali. So nobody took me seriously.

LC: Lorenzo, are there maybe other reasons? For instance, disagreements between you and other team mates?

LL: No, not at all. We are all very close: Agustin is like a son to me, I go on holiday with Norberto and Giorgino, I talk to Alfredo and Toni every day. We are all friends! Sometimes we also happen to be team mates, for instance with Sementa-Duboin during the last US Nationals. Sometimes we are opponents at the bridge table, but our discussions only concern the game. I can assure you that if we had disagreements in the past, they have all been resolved and they never endangered our friendship.
You know very well how fast rumours run. Some voices probably started in Monte Carlo, during the semi-final of the 2012 Cavendish between Anglini and Lavazza. Our team was penalised by an appeal that our friends-enemies should not have filed. Truth be told, we did quarrel quite a lot, and some thought we had broken up, but actually we all made it up soon.

LC: When I asked you to interview about Bali I had not expected you would announce your retirement. In turn you might have not expected my questions: do you really want to make this public?

LL: Laura, I am talking to you sincerely and calmly and I cannot see how truth can hurt me. The truth is that at this moment I prefer to play professionally only within the limits of my contracts. Even Totti* still plays for Roma football club, but does not play for Italy anymore. I am a professional player, this is my job, the only commitment I can get rid of is the national team. The time to talk about Bali has come, I cannot postpone this decision.

LC: Is there still any hope for the fans to see you play in Bali?

LL: Well, I will wait especially for my team mates’ reactions, if they ask me to make an effort, in the end I think I will do it.

LC: In the scenario where you do not go to Bali, what will happen? Will the others go nonetheless or will there be some sort of domino effect?

LL: You have to ask them what they will want to do. However I do not see why the other two pairs (Bocchi-Madala and Duboin-Sementa) would not go.

LC: Regardless of your decision, how are the two other pairs doing at the moment?

LL: Very well I would say, since they keep winning everything! I think they are still the best of Italian and world bridge. Sadly I have to admit that there are no other pairs at this level in Italy. It is not like I do not realise the damage Alfredo’s and my absence can do to the national team, and it is for this reason that I am still meditating and I have not made a final decision.

LC: Let’s move from Bali to Atlanta. It is now under the sun that in the US you will not play with Duboin-Sementa anymore, who have been replaced by the Israeli pair Pachtman-Ginossar. What happened?

LL: In the US Nationals hiring many different players is normal, Jimmy Cayne wanted to change something, as it is normal to do when you do not win. Pachtman-Ginossar are young and promising, but I do not think they are better than Duboin-Sementa. Anyway, sometimes you need to change to win, so all this is normal. Why was one pair confirmed and one substituted? Honestly, I think Cayne confirmed Alfredo and me also in view of our personal friendship, which has become very strong in the last years.

LC: Bocchi and Madala changed teams as well in the Nationals… (click here>>)

LL: Yes, and I must say that their line-up is no doubt extremely competitive, surely amongst the favourites in the Spingold.

LC: About the Nationals, what do you think of the controversial appeal committee’s decision in favour of Auken and against Monaco?

LC: Let’s go back to you, Lorenzo, you may or may not go to Bali: nonetheless, you will still play bridge. What are your forthcoming commitments?

LL: I am about to go to Turkey to play in Antalya’s championships. I will play with Tokay, Alfredo and Giubilo. After that I will go to Juan-les-Pins with Angelini. In June I will play the Italian mixed championships with my wife Cristiana and obviously in the open European Championships in Ostend with Angelini. Then Atlanta and others and then…I will call you and maybe I will tell you that I have changed my mind and that I will go to Bali.

* Francesco Totti is currently the top active Italian Serie A goalscorer and second all-time in league history with 227 goals. http://en.wikipedia.org/wiki/Francesco_Totti