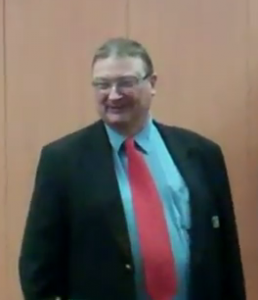 During the EBL press conference held on June 15th at the Oostende European Championships, the Dutch journalist Jan van Cleeff asked if the EBL “was still running any financial risk from convicted cheaters who were cleared by the Justice system”. It was a clear reference to Fantunes’ case: the two Italian players (Monaco residents) were convicted of cheating by the EBL (June 18, 2016) but the EBL sentence was subsequently reversed by the CAS (January 10, 2018).

Yves Aubry explained “that the EBL has insurance, and that the rule of reciprocity meant that those convicted by the FIGB were still not permitted to play in EBL events.” Aubry also explained that “a recent change to the bye-laws means that players convicted of cheating will be barred for life from playing with each other (not just in their previous partnerships, but also with others that were convicted).” (source: EBL bulletin #11 p. 4)

After the press conference, we asked Aubry some clarifications about the position of Italian players Fulvio Fantoni and Claudio Nunes. With the usual friendliness, Aubry explained:

“Fulvio Fantoni and Claudio Nunes are sentenced by FIGB with a suspension until April 2019. So they cannot play in any event across the world until then. They appealed to TAR Lazio. The TAR decision did not change the sentence until the hearing to be held in Rome on 18 December 2018.

The decision of the TAR will be the final one. If Fantoni and Nunes are sentenced, at the end of the suspension period (April 2019) they theoretically can play again but not together. In EBL and WBF rules a player sentenced cannot play with another player sentenced (so for example Fantoni/Fisher or Nunes/Smirnov would not be eligible pairs).

EBL and WBF have Credentials Committee. They can accept or not players in their events without any explanation. However, if not sentenced by TAR, it will be difficult for EBL or WBF not to accept Fantoni and Nunes in their competitions.”