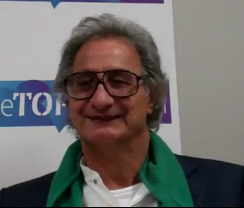 Yesterday none of the five matches against Italy have been played, because opponents “forfeited their matches against Italy”(EBL). Officially, Scotland and Wales sent their line ups on time, but players did not show up at the table. Slovenia sent one pair only; Lithuania and Ukraine did not send the line up.

Zia Mahmood sent a statement to the EBL, for it to be published in the official tournament bulletin, but the EBL decided not to print it.

John Carruthers has reported this on BridgeWinners and Neapolitan Club’s team asked Zia for a statement:

“Clearly Yesterday has been a unique reaction in any sport event and must be worthy of publication. Yes, I wanted to include my personal reaction in the bulletin. I am not sure why the EBL were not prepared to publish it as it was just the expression of an honest view of a bridge player on the events unfolding. Players appreciate and respect the legal rulings that have been handed down but are entitled to express their feelings. It seems The bridge world is united in their support for this reaction and are expressing it in the only way open to them “.

And this is the original message Zia sent to EBL:

“As events unfold in the European Bridge championships …a truly amazing phenomenon has taken place … team after team has refused to play against the Italian team. There are times in every sport when a man or woman put honour first. Bridge has reached that point and yesterday the teams from Scotland and Wales have emerged as giants as they led the way with dignity as they refused to take their seats against the Italian team. As other countries have joined in this protest it is clear the bridge world is today  shouting a message to the authorities.

Bridge is a game of honour. While we all are bound to accept the rulings of the judiciary… the greatest heroes are those who live by the dictates of their conscience. For what can we win when we don’t have honour? The people have spoken. And we are proud again”.

One Reply to “Zia Mahmood’s message to the EBL”