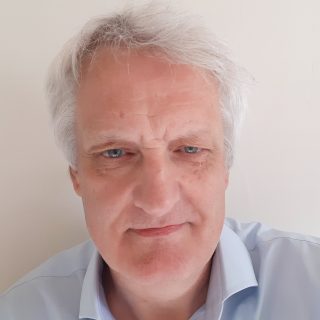 Technical mastery of the dummy is something that all good players should aspire to.  Personally, I would rather play with a trick bandit who practices the dark arts of deception than the best technician.  Seeing all four hands a player should see how it is possible to make a contract.  The game is replete with hands where commentators predicted that a contract would go down only to see declarer triumph.  This is in part due to the tremendous concentration that the best players can bring to the game, and that special talent of knowing what is happening described rather prosaically as ‘table presence’.  Most players on the international circuit are more than technically proficient.  This was not always the case.

Omar Sharif, the film star of such great movies as ‘Lawrence of Arabia’ and ‘Doctor Zhivago’ and a host of straight to video potboilers might have been described as a bridge player who made films.  He formed the ‘Omar Sharif Bridge Circus’ a team that included the best French and Italian players that toured North America and Europe playing exhibition matches in the late 1960s and early 1970s.

The most famous hand from the tour is the Winnipeg Coup played by the great Giorgio Belladonna.

He held the following hand:

The player on your left passes, partner passes and right-hand opponent opens 4♣, Belladonna bid 5♣, partner bids 5♠ and he brought the proceedings to a close with 6♦.  The 8♣ was led and partner, Garozzo, tabled his hand.

You play the king headed by the ace and you ruff.  How do you plan the play?  The contract was the same in the other room, The US declarer essentially took two spade finesse, both failed and went two down.  Commentators expected the same fate in the closed room.  This is the complete deal: 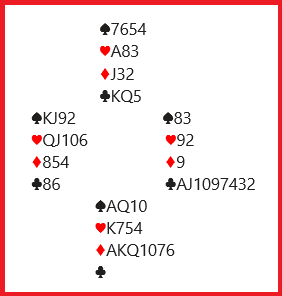 Can you see how the maestro played the hand?  Take five minutes to see if you can figure out the line of play taken by Belladonna, who could see only two hands.  The great Italian master cashed the ace of trumps and crossed to the jack of trumps and cashed the club queen discarding the spade ten, to the astute reader you now know he has already seen the way home, he ruffed the club high and started running the diamonds.  This is the end position: 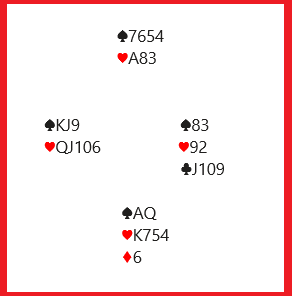 On the play of the  ♦6 the West hand is crushed, if he discards a spade, declarer will discard a heart from dummy and cash the ace and queen of spades, west wins, but dummy’s spades are now winners, if he discards a heart declarer throws a spade from dummy, plays three rounds of hearts, west wins the third round but is endplayed in spades.

It never got there, Eisenberg who was sitting west, who knew what was happening, stood up and started to clap, a few moments later the vugraph audience burst into sustained applause.

The hand was widely published at the time.  It demonstrated to most why the Italian Blue Team will probably never be surpassed as a force in the game.  At the time few players would have been able to reproduce the line that Belladonna took.  Today I would expect the top 1000 players to make the contract.