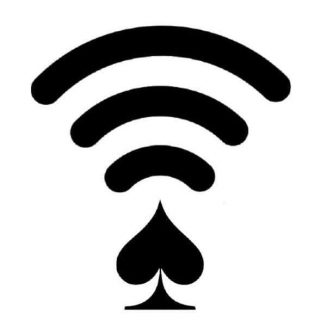 Due to the pandemic restrictions, all live bridge events have been canceled. As result, several organisations were created to run online events. In this article we introduce you the Online Contract Bridge League – OCBL.

OCBL is a no-profit organizzazion. On OCBL site we can read: “As most of the world was on total lockdown without a proper alternative to live (F2F) bridge, the OCBL was born. We are a professional organizational network serving the World Class bridge community primarily focused on providing high-level tournaments with the utmost standards.”

Reading ALT Bullettins, we can know that Massimiliano Di Franco and Andrea Manno from Italy work for OCBL.

“Christina Lund Madsen: How has life been during Corona? Massimiliano di Franco: I was in Madrid at the beginning and during the summer I went to Palermo. Luckily, I was very busy during the quarantine playing and teaching bridge and when I had some free time, I used it to work on developing the OCBL. Christina Lund Madsen: You are one of the people behind the OCBL with Andrea Manno, who you also play with in the Minor Alt. How come you are playing in an Alt event as OCBL organisers? Are you spies? If so, what is the most important thing you have discovered? Massimiliano Di Franco: We have studied ALT events very well, but I don’t fell competitor with the ALT, I truly admire what you have done for the bridge community and have inspired us and others to try to keep top bridge alive during those difficult times.”

“Christina Lund Madsen: You and Massimiliano Di Franco have organized the OCBL events during corona. How has it been working on this with your friend and partner? Andrea Manno: It was a good experience and opportunity. I think it helps to be partners and know each other well to settle easily the “disagreements”.

OCBL events are played on BBO – BridgeBaseOnline and Kibitzers are not allowed.

OCBL and CAT – The OCBL General Conditions of Contest state that “Participation in all OCBL Events may be subject to the advice of the CAT (Credentials Advisory Team). OCBL reserves the right to refuse players that participate in any events organised by the Online Contract Bridge League. In any such case of refusal, no reason shall be given.”

As Boye Brogeland wrote on BridgeWinners: “Massimiliano di Franco, one of the organizers of the OCBL events, also asked our group to recommend which players we believed should be invited/not invited to their tournaments.”So, OCBL follows the advice of Crendial Advisory Team (CAT): “First and foremost, CAT deals with ALT and OCBL invitational tournaments. The organisers of those events have agreed to follow our advice in its entirety […] We seek to support a level of integrity in the interests of all participants and followers of these tournaments. Our team works hard to analyse suspicious play and results. If we believe the evidence across many hands reaches a level that justifies the relevant player not receiving an invitation, we inform the organisers.Our goal is that participants in ALT and OCBL events have a reasonable level of assurance that steps are taken by the organisers, in so far as possible, to ensure a level playing field for all participants and that the result of their events can be regarded as meaningful.” (Boye Brogeland, BridgeWinners.com, July 14-16, 2020)

The Second Chance – The OCBL will give a second chance to all the players who have been previously not been welcomed, if they publicly declare that he/she have violated the ethical conduct of bridge during online matches with the risk of influencing the results of the match/tournament. (Read official statement here » )

As Neapolitan Club wrote on November 8, 2020: “In July, the OCBL informed Giorgino Duboin that he would be no longer invited to their online tournaments.”