Two weeks ago I started a class of bridge at Ascoli Piceno’s Circolo Cittadino (City Club); my three pupils, Cinzia, Giampaolo and Valentina didn’t know anything of the game, it was their very first time at the table. I dealt a deck, turning up the last card, and I started to explain the Whist. I pointed out that it needed to carefully watch and remember any card. Later, at home, I received an email from Giampaolo; he wrote about card memorizing and asked me:
…Are there techniques to develop some specific memory?… Could be possible to make a choice of what might be more useful to memorize?
In my opinion, Giampaolo’s asking dealt with a main key of bridge thinking, and it deserved many responses, not one only; therefore I forwarded it to others. Today the responses from Giorgio Duboin and Mark Horton. 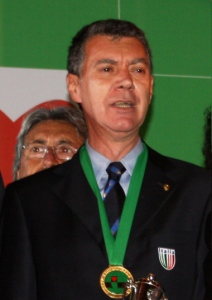 Giorgio Duboin – I have been always distract, one who passes a good part of the day looking for objects and documents which he can’t remember where himself had put them. If I have a meeting, I must note down it, otherwise I often risk to forget it; if in the evening, emptying out pockets I find I have little money, almost always I don’t remember how I did spent what I had, and the like. My visual memory works better indeed, though; if a memory is linked to an image, any kind of, usually it remains stamped my memory. For what deals with cards, I think my brain is now used to memorize them automatically. Keep in mind that I started playing since when I was child, and bridge around nine years aged, so that cards are part of my life since ever. The only technique of memorization I use, but in absolutely spontaneous way, is that for recollect, for example, the sequences of my bidding system I write them; if I only study them after a little the memory fades, if I write it’s more lasting, thus it suffices a brief revision to make it surfacing again.

Mark Horton – Not easy! What a tough question. It is clear that a good player attempts to play all 52 cards rather than the 26 which are on view. A player who does not attempt to reconstruct the hidden hands will never be better than fair.

There are two issues ‒ do you need to remember every card, or only some of them along with the distribution? 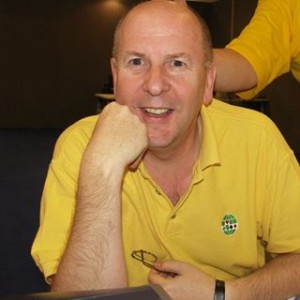 After the opening lead the distribution of a suit is frequently established immediately and almost for certain when it is played a second time. For a defender it is usually possible to form a picture of the distribution at a relatively early stage. It is not so easy for declarer, who generally has less to go on.

To make any progress one has to be capable of making simple observations (declarer has played three rounds of hearts and everyone has followed, so only one card is left in the suit etc). However, do you need to remember the specific cards and if so how to do it?

The answer is probably somewhere in the middle and to some extent may come from experience at the table. For example if West leads out the AKQ of a suit to the first three tricks that is easy to remember, but will you have taken as much notice of East’s cards (and for that matter those in dummy and your own hand)?

A key element is the ability to maintain total concentration – get distracted for a moment and you will miss a card that was played in the sense that you haven’t recorded the denomination in your memory bank.
I think this process of recalling the cards can be acquired, but for many it takes much time and effort, while for a gifted minority, it comes naturally.