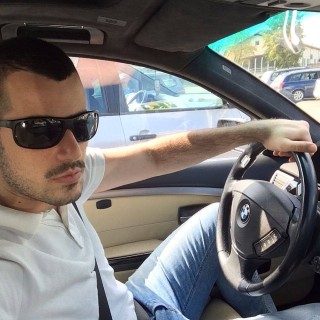 LC: Hi Lotan, how are you? How did you feel when your ex-teammate Brogeland publicly accused Ron and you? As several organisations (IBF, EBL, ACBL) started investigations, how did you react? So how has your life been in the past few months?

LF: When I saw the accusation by my friend and ex teammate Boye Brogeland we felt betrayed, as if he put a knife in our back. He was our teammate for two years and we didn’t know that this was coming. After he lost in the quarterfinal of the Spingold he took this loss dramatically. He doesn’t know how to lose. We feel sorry that this happened. As you know in the first days we did not react publicly. We started working on our defense. We got in touch with all the organisations and they gave us the materials which Boye used. We studied these allegations and we sent everything to the IBF, to the EBL and ACBL. Only recently we went public to make some interviews, to speak to people because we feel that it’s been a long time we have not been playing for 5 months.

LC: As I previously mentioned, three investigations are ongoing: from the IBF, EBL and ACBL. Which investigating committee will be harder to deal with? Which judgment do you worry about most and why?

LF: I can tell you honestly. This is not what I have been told to say or what I want people to believe. Since I’m innocent, I don’t have to be worry for none of those organizations. I am not scared by the ACBL just because of its size. The size of the organisation does not matter to me. I believe in my truth I believe in me and my partner. And we are supported by our friends, families and lawyers.

LF: I really cannot consider the second scenario. This is the most difficult time I have been through in my life. When we are found innocent -I hope this day will come soon- we will make a big celebration and toast and all people will be invited including Brogeland.

LC: You have always proclaimed your innocence, can you tell us about your defensive arguments?

LF: All of the defensive arguments talk about bridge and statistics. We are not claiming that the videos are fake we only talk about bridge and logic. We’re not going to skip even one card: we will discuss all and only the boards that have been called into question. We will not say things like ‘in 2002 I didn’t find the right lead therefore I am not a cheater now’. I am sure people will understand our logic. I heard the ACBL has statistical evidence but we have that too, we have a professor and statistics expert who show 100% that we did not cheat and everybody will see those defensive arguments. We will submit these arguments to the public.

LC: Have you seen the clips provided by accusers? Why are there so many instances caught on camera where you/Ron actively grab the board, even when you were not supposed to do it, to place it in one of few repetitive positions? Some claim that this corresponds to hcp strength in your hand: how do you respond to these accusations?

LF: Of course I saw the clips. I acknowledge that we grab the boards when we are not supposed to, but I can show that many other pairs do that. I am not saying they cheated, but this is not something only we do. In all the videos and all the clips you can see that I move a lot. Everybody knows that. I am very active, I move all the time and I talk all the time. My accusers always mention me, they mention Ron a lot less. I am dominating the partnership and that’s why I get most of the bad press. It’s my nature. They say ‘He is shuffling his cards’: I am shuffling my cards every time. They could find every correlation they wanted between my shuffling and the cards I am dealt.

LC: Fantoni and Nunes have been involved in the media campaign started by Brogeland on BridgeWinners: have you been in touch? Have you agreed a common line of defense? Do you think your cases are similar?

LF: I did speak to Fulvio and Claudio at the beginning of the case. I called as a friend to wish them good luck and hoping that this nightmare will end soon. We spoke as friends and wished each other good luck. We never talked about defensive lines or if the cases were similar. We spoke as friends in one or two conversations and that was it. They have been my friends for more than ten years. Last time we spoke was 3 months ago. They were motivated to prove that they didn’t cheat. We were very busy to prepare our defence so I didn’t have time to speak to them since then.

LC: Your solicitors have threatened a serious lawsuit against Brogeland: will you take your compensation request forward regardless of the tribunal outcome?

LF: Yes, my request will stay regardless of the outcome. Brogeland put those allegations against us for the first time in Chicago, during the Spingold. That’s when he started saying we were cheaters. We didn’t cheat at all. Cullin published his theory on the 2nd of September, this was two weeks and a half after the Spingold was over, but Brogeland had started putting his allegations against us already during the Spingold and had started posting on BridgeWinners. He didn’t say how we cheated, he simply said we were cheaters. You cannot act like this. The WBF and ACBL later published that one cannot act this way and Boye will need to be fined for the way he handled our case. Boye tried to get in touch with me almost every day after he put these allegations against us. He kept calling me to say he was my friend but at the same time he was publishing allegations on BridgeWinners. This kind of behaviour is not acceptable.

LC: The accusations against you are serious and the evidence spread by the media is compelling. Have you ever considered to accept a compromise, to plead guilty hoping that the sanctions will be reduced and that the bridge community will forgive you?

LF: No compromise. We have been suspended for 5 months, there is no way to give me those 5 months back.

LC: They offered you a compromise, did they not?

LF: They did not offer me a compromise and I would reject any offer. In those five months I lost so much, I want my life back. The damage that I got in these five months I will never get it back. On the media the evidence seems compelling. But only to those who did not see our defensive arguments.

Read again the allegations: there were two people  analysing the same match and they started to analyse the lead – there is a hand where I had two five card suits headed by KQ and they were asking ‘Which suit would you ask partner to lead if you could cheat’. Their analysis are contradictory and full of conflicting information. They have different interpretations for what the ‘cheating system’ should be on the same board. Kit Woolsey has not been consistent either in his hands’ interpretation. If there is evidence that we cheated show it, but do not change the evidence.

People said that we are coughing depending on our strength. If my partner opens 1NT and I have 1 point, I am weak – but some said my hand was not weak, how can they say that? People making allegations make ridiculous claims and make a joke of themselves. They accuse first and then try to prove it. Any honest bridge player and committee will find the conclusion that we are innocent. And we will go back to bridge as soon as possible.

LC: However, if you are found guilty, will you stay in the bridge world or have you already made alternative plans?

LF: I am not thinking of being found guilty. In any case, even when I was playing bridge I was doing other things. I am an international handball referee. I have been playing handball for more than 10 years and I have been a referee for 7 years. Even now that I am not playing, I teach bridge.

LC: A final question. Would you like to send a message to my readers or to the Bridge Community? Feel free to say what you want!

LF: I just want to say that I know that in the last few months a lot of seemingly compelling allegations were submitted, but I am asking all the public to wait a little bit more before making accusations against me and Ron, wait to see our defensive arguments. Wait to see the other side of the coin. Wait and see: I promise that every honest bridge player will be convinced by our defensive argument and understand that we didn’t cheat.  The bridge world is small, and I worry that the committees will be pressurised. I hope they will make the decision without being influenced.