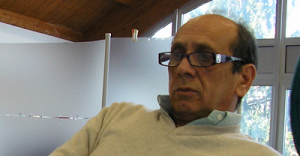 2019 Italian Mixed Team Cup : An agreement has been found between Lorenzo Lauria and Ezio Fornaciari, Vicepresident of the Italian Bridge Federation (FIGB).

Lauria stated that in virtue of his ‘gentlemen’s agreement’ with Mr Fornaciari he decided not to appeal against the Court Sentence. Instead, he wrote a letter to Mr Fornaciari asking him to release a written agreement and to address this situation as soon as possible.

At the beginning of August Mr Fornaciari called Lorenzo Lauria and an agreement has been found: Ezio Fornaciari has decided to be a member of team as no playing captain. Therefore, Lauria’s team consists of 5/8 players fielded in 2018 and they will be admit to the final stage of 2019 Mixed Team Cup.

Lauria and the Castle of Gormenghast »

Letter to a Vicepresident »