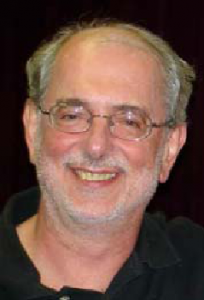 We sometimes indulge in a silly exercise we call ‘If I Were Czar of All Sports’ and could change some of the odder rules that each sport embraces, which would we choose to change? Prime examples are the following. Football: The one-referee system and the disinclination to police ‘embellishment’, that unlovely euphemism for diving, need to be changed. Further, even popes are no longer infallible; why should referees be required to be so?

Get them some video replay help for goal-line decisions and red-card offences. And introduce an offence somewhere between the yellow and red cards – perhaps orange – whereby a player is expelled for say, 15 minutes. That would reduce the referees’ reluctance to penalize blatant infractions that now go unpunished because the consequence (a red card) is so severe.

Golf: Standardization of the golf ball in professional golf is necessary to rein in prodigious driving distances and save the ‘classic’ courses from obsolescence. Each manufacturer could still produce its own balls and the players could still play the ball of their choice, but they’d have to meet official specifications, as does the ball in any other sport. Penalize slow play, the bane of golf – rules are in place, but never enforced.

Naturally, when it comes to bridge, there are rule changes I’d like to apply. One ofthese is a return to national eligibility requirements in the Rosenblum Cup and McConnell Cup. The first Rosenblums specified national teams but allowed multiple entrants from each nation based on membership of the NBO. This was a great idea and a departure from the Olympiad and Bermuda Bowl restrictions of one team per country (except for USA in the Bermuda Bowl and Venice Cup).  Subsequent Rosenblums eliminated the quota and in 2002, the event became transnational, eliminating the need for team members to be from a single country.

Since the WBF has implemented some form of Transnational Team event at all World Championships, there is no need for the Rosenblum (and the World Open Pairs for that matter) to be transnational as well. Furthermore, let’s return to the full knockout format rather than the round-robin-followed-by-a-knockout format. I understand the desire to guarantee more than one day’s play for the competitors, but there are other ways this can be done while retaining the World Knockout Championship ethos. A couple of these are (i) some form of double or triple knockout or (ii) répéchage.

My other pet project would be to make the Bermuda Bowl (now played in oddnumbered years) alternate between board-a-match one year and IMPs the next time. We could at least try it for one or two events. The 21 matches now playe in the round robin would remain intact, but the scoring, and thus the strategy, would be impacted: 16 points would be available in each match. The top eight teams would still qualify for knockout play – the team winning the most boards would win the match – as simple as that. What could be more appropriate?