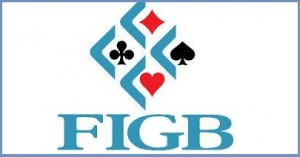 The Italian Trials to select the Open Tema that will participate in the 45th World 2021 Bridge Team Championships (Bermuda Bowl) were scheduled from 16 to 19 Semptember 2021.

This afternoon Zaleski and Vinci withdrew, the remaining teams will play the second phase of Trials  (October1 14 -17, 2021).

The three teams admitted to the second phase are:

Bortoletti, Burgay, De Michelis and Vinci sent a letter to Italian Federation asking to pospone the Trials, as the Federation changed the programme a few hours before the matches started. Until yesterday morning there were 4 teams admitted to Trials and the event consisted of a single phase. But a few hours before the matchs started, the Federal Tribunal ordered that Bortoletti’s team be readmitted. Therefore, the Federation  admitted 5 teams and a new programme was sudden approved.

As the Federation did not accept the requests of Captains, Vinci withdrew.

Zaleski withdrew because of the unexpected programme change.

So,  Zaleski withdrew his team from the competition, to protest against the Federation’s decision (just a few hours before the start) to run the Open Trials with 5 teams instead of 4, as previously announced. Vinci withdrew as well, because he felt there was no time to make an informed decision, since the Federation changed the programme the night before.

The FIGB (Italian Federation) Credential Committee met on 2nd and 5th September to assess the teams’ registrations for the World Championships selection. The Credential Committee did not find any eligibility issues. However, the Committee has not allowed team BORTOLETI to play because in case of victory there would have been unsurmountable issues for the open team. The Decision of Credential Commitee was released on the 6th of September.

On the 6th of September, 2021 Carlo Bortoletti (captain) filed a letter to Italian Federation: “If the Committee does not immediately review its arbitrary decision to exclude my team, I will for sure get the lawyers on the case”.

On the 9th of September, 2021 the six players fielded in Bortoletti’s team filed an appeal to the Federal Tribunal.

The first hearing of Federal Tribunal was held on the 15th of September : The Tribunal ordered that Bortoletti’s team be readmitted as a precautionary measure.

The first phase of the Italian Trials started on the 16th of September 2021.

The second hearing of Federal Tribunal will be held on the 5th of October 2021.

The second phase of the Italian Trials will be held on October (14-17).