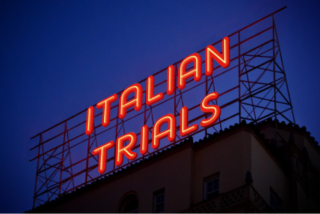 On the 21st September 2021, the Public Prosecutor Sergio Bianchi sent an appeal to the National Sports Judge requesting the following:

1) to scrap the results of the first phase of the Open Trials for the Bermuda Bowl 2022, which took place from the 16th to the 19th September 202;

2) to re-play the first phase of the Open Trials, to determine the finalists for the same competition.

The FIGB (Italian Federation) Credential Committee met on 2nd and 5th September to assess the teams’ registrations for the World Championships selection. The Credential Committee did not find any eligibility issues. However, the Committee has not allowed team BORTOLETI to play because in case of victory there would have been unsurmountable issues for the open team. The Decision of Credential Commitee was released on the 6th of September.

On the 6th of September, 2021 Carlo Bortoletti (captain) filed a letter to Italian Federation: “If the Committee does not immediately review its arbitrary decision to exclude my team, I will for sure get the lawyers on the case”.

On the 9th of September, 2021 the six players fielded in Bortoletti’s team filed an appeal to the Federal Tribunal.

The first hearing of Federal Tribunal was held on the 15th of September : The Tribunal ordered that Bortoletti’s team be readmitted as a precautionary measure.

The first phase of the Italian Trials started on the 16th of September 2021.

On the 21st September 2021, the Public Prosecutor Sergio Bianchi sent an appeal to the National Sports Judge.

On the 22nd of September, National Sports Judge has scheduled a hearing for the 29th September.

On the 22nd of September, Vinci’s Team filed an appeal to FIGB Federal Tribunal.

The fisrt hearing of the National Sports Judge will be held on the 29th of September, 2021.

The second hearing of Federal Tribunal will be held on the 5th of October 2021.

The second phase of the Italian Trials will be held on October (14-17).

All documents at Neapolitan Club’s Archive »