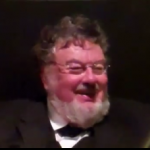 Last weekend the Dutch bridge sponsor Hans Melchers announced the launch of the Onstein Aces. In October 2011, during the World Bridge Championships in Veldhoven, The Netherlands, Mr. Melchers stated that he was sympathetic to the idea of supporting the Dutch selection of the open bridge team on a 100% professional basis. His commitment stretches over a two-year period with the Bali 2013 Bermuda Bowl as the final goal (read here >>) . For this reason Melchers has created the Onstein Aces similar to the well-known Dallas Aces, who successfully challenged the legendary Italian Blue Team in the sixties and seventies of the previous century.

The Onstein Aces consist of the three pairs of the Dutch team who won the Bermuda Bowl in 2011. Two of them – Sjoert Brink-Bas Drijver, Bauke Muller-Simon de Wijs – are already engaged by Onstein, the bridge club of Melchers. The third pair – Ricco van Prooijen-Louk Verhees – are interested in a transfer from White House to Onstein.

Onstein is the name of Hans Melchers team: the name derives from the Onstein castel (in the eastern part of The Netherlands) where Melchers lives. White House is the Amsterdam team sponsored by Max Abram and Herman Drenkelford.

The loyal support of Hans Melchers for a period of more than twenty years has been an essential element for Dutch bridge to achieve its actual top position in international bridge. The pay-off started already in 1993 when The Netherlands won the Bermuda Bowl in Chili and last year a success repeat in Veldhoven. Moreover these 2011 World Bridge Championships proved to be feasible only with a substantial financial support by Mr. Melchers.