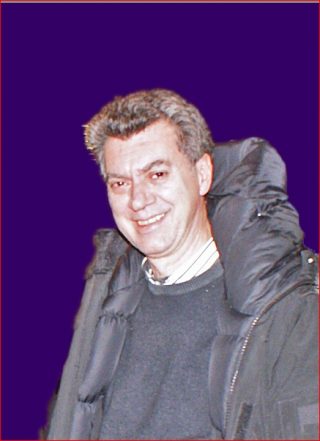 After a honourable 45-year career, without any ethical issues, I would have never thought to have to write this article.

I would like to explain the facts as they stand.

I have never taken online bridge seriously, and this is why prior to lockdown I played online rarely, only to practice or play for fun with friends. Locked at home, due to the pandemic, I played online to do my friends a favour. Others decided to profit from this and it’s their business. I attribute no value to winning or losing an online tournament. Why would I cheat? What would I gain?

An online tournament organiser told me I was excluded from their events while I was on holiday, so I could not have played anyway. However, I reached out to CAT to receive an explanation. CAT never sent me any evidence and gave me only vague answers for over a month. At that point, in order to protect my reputation, I started a legal action. Let’s be clear: I did not claim any damages. Although I heard rumours that I was cheating, I did not ask for money, nor did I bring a libel action. I brought forward an injunction against CAT: 1) to simply have access to all materials they had; 2) to stop them from disseminating false information; and 3) to clarify that my ban from online tournaments had nothing to do with ethics. I did not even ask to be readmitted to the tournaments. I am not allowed to share further details at this stage.

On the 5th October I spoke to Steve Weinstein, but the conversation did not go as he claims. First, he asked me about a few hands, which I obviously did not remember. I did not even remember my partnership’s agreements, since I always played my friends’ systems looking at the notes. Second, he asked me to take part to a public debate on Bridge Winners, to defend myself from the accusations. I did not agree, because I do not think Bridge Winners is impartial or trustworthy. Moreover I do not think Weinstein or his friends have any authority to judge me: if the institutions need an explanation, I will provide it in the appropriate setting. This is how the conversation ended.

It is thus apparent that what they did is closer to the Inquisition or the French revolutionary court, than to a proper organisation: someone is guilty because ‘they’ say so, the accused cannot see the evidence, and has no right to a lawyer or a tribunal.

But why me? I have mulled on this over the last few months.

Maybe it’s because I am a WBF board member, I have won several titles and (not least) I am Italian (who are always first to be criticised).

Targeting me is a way to attack the institutions, a show for the fans.

Or maybe they just got it wrong. Why did they not show me the evidence? Did they want to raise a scandal?

They assumed I was guilty before starting the analysis. They were looking for something, they did not consider that the partnerships’ agreements were different, they regarded many hands as suspicious because they did not understand the system; other hands were normal or good just because kibitzers were not watching, bad hands played without kibitzers were considered dodgy, but normal when kibitzers were present. I attach the report with my comments, other experts helped me, but I am not sharing their names for now, to prevent any retaliation against them. I asked a professor of statistics to help me understand Hammond’s analysis: he told me that Hammond’s stats looked reasonable, but there were mathematical errors which undermined their reliability.

As you can imagine, I did not remember any of the hands and even I can find a very small number of hands that are not normal, but going back to what I said earlier, Ii never played those matches seriously, I played as a pastime. During that strange period, i was often home with friends (you may know I am a good cook), we were following the matches and I played or bid in certain ways to entertain them. It was not a serious environment. I was playing while cooking, chatting, dining or drinking, even though I was not putting any efforts in, I was lucky: opponents kept giving me points and no matter what I did i always landed on my feet. I did not think I was damaging anyone, if someone felt damaged I can only apologise: I did not mean to.

This is a difficult time for me: I am a victim of false accusations that have no base in reality, I am worried that what is happening to me could happen to others too.

I believe our community is a victim of people’s incivility because of how we engage remotely.

Real bridge and its institutions must find a way to relaunch the values of our game.

We need to seriously reflect on this.

I thank all those people from all over the world who expressed solidarity.

I leave you with a thought from Richelieu: “If you give me six lines written by the hand of the most honest of men, I will find something in them which will hang him”.