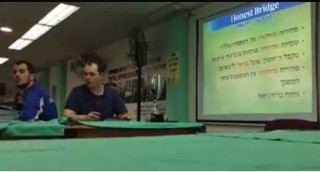 Today, March 8, the second public hearing of the IBF Special Ethics Committee (SEC) is underway. During this hearing the ‘board theory’ is being discussed. The ‘board theory’ refers to the handling of the bidding tray and information that the pair in question will have used to convey information specifically for opening leads.

We publish here the Opinion submitted to the Committee by Inon Liran.

1. My name is Inon Liran, I have a degree in computer engineering from the University of Coventry (2002),I work in the field, and specialize in data analysis (commercial intelligence). In view of my training and occupation, I have an understanding of statistics and probability. I have been playing bridge in the Israeli team since 1996, have participated in many competitions, and have won medals in the youth team, I am an international grandmaster, world pairs champion (2014), and I won the bronze medal in the trans-national championship (2015).

2. On August 25, 2015 I was exposed to claims made in the media and on internet sites about Lotan Fisher and Ron Schwartz, whom I have known as bridge players for years. I have played with them in the past in one team, and Fisher made the contact between me and the team in which I played in the last nationals. I have no social or business connection with them of any kind apart from my acquaintance with them in the bridge world.

3. The published statements bothered me greatly. I contacted Fisher and Schwartz on the basis of my acquaintance with them, since I wanted to check the accuracy of the claims. Before applying myself to an examination of the documents published on the web (mainly what is called “the doctors‟ document” and an article written by Kit Woolsey) I asked for and received information from Fisher and Schwartz about their bidding system and playing style and I studied it.

4. I would like to say further that in the media lynch being presently conducted it is difficult to remain objective on the subject of Fisher-Schwartz. I know that there are many who think like me, but apparently are hesitant to express their opinion. I am aware that, from a public point of view my stance here is of no benefit to me. Some of the authors of the documents submitted to the committee are among my best friends. Nevertheless, the bridge world is a small one, and I am convinced that at this very moment I am already paying a personal price for my actions and my appearance before the committee.

5. I approached the process of examining the claims with no preconceptions, like a scientist trying to check the validity of a certain thesis. I searched for both facts that support the thesis and facts that refute it in order to build a sufficient data base.

6. Already, after an initial reading of the documents concerning the coughing claims, I saw that there was really substance to such. In a great number of cases I found that Fisher‟s behavior was completely different from what would be expected from the “language”. I reached the conclusion that the claim of cheating is not consistent with the data. I therefore decided to focus on the subject of the positioning of the boards, which at first sight appeared to me to be more serious.

7. I performed a meticulous examination of the 37 boards in the relevant tournaments for claims about the positioning of the boards (Hungary, the Netherlands, Monaco, and Norway).

8. These are my findings:

8.1. Based on the most generous and supportive assumptions concerning the claim of the boards, I found at most 16 boards that support the claims, approximately 43% only. This is far fewer than required to determine that there is any regularity („’sssasitametsss”). Moreover, in 5 cases, the “recipient of the signal” acted contrary to the signal and this further weakens the suspicion of a prohibited code.

8.2. Making the strictest assumptions against Fisher and Schwartz, I found at most 12 boards that entirely contradict the claims, around 32%. This is an extremely high percentage of contradictory evidence which is sufficient to remove any hint of suspicion of cheating. Every bridge player knows that the success of a pair is conditional on the ability to rely on the partnership to use a consistent bidding language. An absence of regularity, even in small percentages, even more so in around one third of the cases, rules out the ability to rely on the partner’s bidding and consistently causes the partnership to fail. This logic also holds, to the same extent, for a prohibited code.

8.3. In 7 of the boards the lead was fast, the player on lead did not wait for a signal, although if he had a “system” he could have waited for a signal (that will help him during the defense) and then make the obvious lead.

8.4. The 2 remaining boards are unclear or neutral and I do not refer to them in my opinion.

9. To the best of my professional understanding, both as a bridge player and as someone who understands statistics and decision making, already at this point the claim that there is any suspicion of a system in the way the boards are positioned is ruled out. My conclusion is that the claim that “the code of the positioning of the boards” has been proved conclusively is simply incorrect.

10. However this did not suffice for me and I checked further. I checked several instances of signaling alleged to have had an influence on the actual game, which is to say that in several instances the signaling led to a change in the lead which is neither natural nor necessary. I did not find any such instance.

12. These data is also in direct contradiction with the allegations. There is no logic in a sophisticated system of signaling that does not actually help the players, and when it is available and required, that they do not act according to it.

13. However, this too, was insufficient for me, and after all of this, I sought to expand the scope and to examine other competitions in addition to those which led to the allegations. I examined competitions from the Polish league and others. These competitions, most of which would seem to be extremely important to Fisher and Schwartz as professional players, are relevant to the claims, and I wanted to see if there was any regularity in the positioning of the boards. In these competitions, too, I did not find any such regularity.

14. The facts I examined show that the claims of cheating presented in the articles of Kit Woolsey and others which were presented by the committee to Fisher and Schwartz, are unfounded and certainly do not indicate cheating. The data clearly show that Fisher and Schwartz did not use the prohibited system of signaling by means of positioning of the boards. 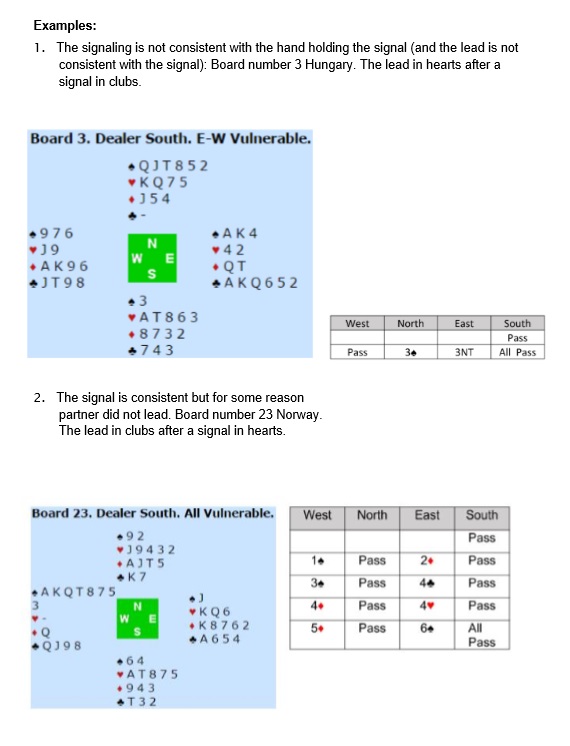 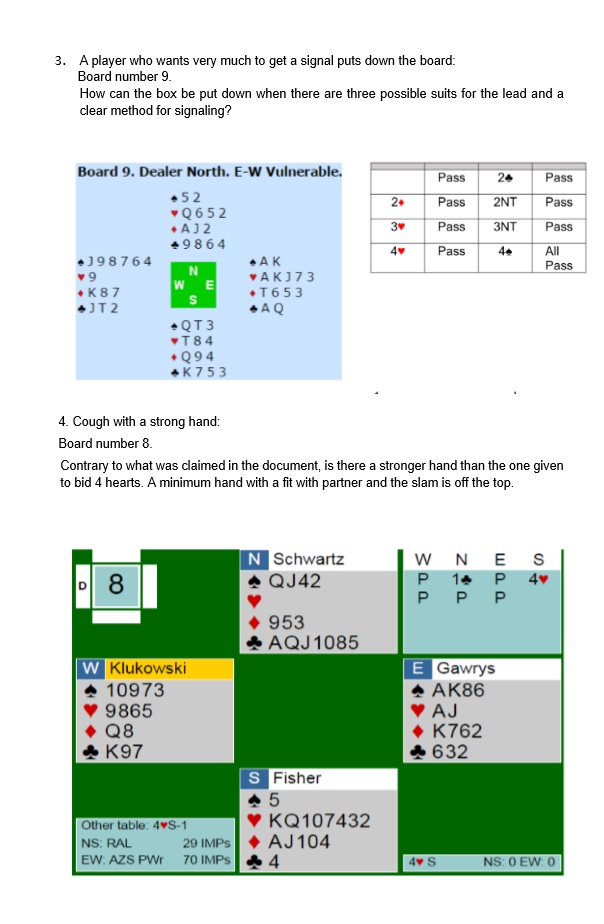 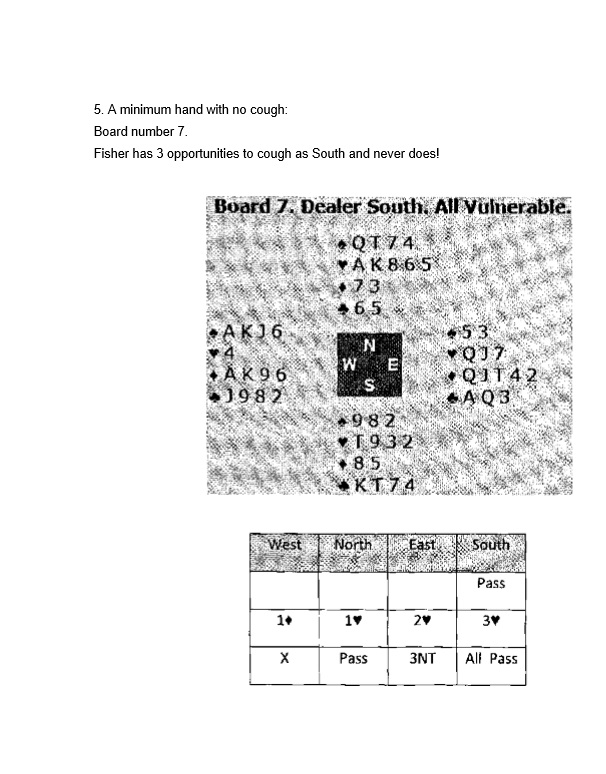