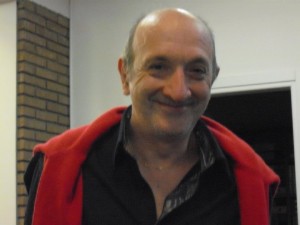 Bali, September 29, 2013 – Italy beat Monaco in the final by 210-126 and won her fifteenth Bermuda Bowl. Here is the statement from the coach of the Blue Team and vice-president of Italian Bridge Federation (FIGB), Giuseppe Failla, granted to Laura Camponeschi at the end of the Bermuda Bowl final.

“This victory demonstrates a bridge strength that has never been seen in modern bridge.

I would like to thank all the players for their team spirit, the president, Mr Medugno,  who supported them, and all those who cheered for us.

Giorgio Duboin and Antonio Sementa could not play the final due to illness, but their contribution over the championships has been crucial: they have played many hands, thus ensuring that their teammates would not reach the final tired.

Many thought this team was tired and burnt out: if this team reached the end of a series of victories, many more series are yet to come.”.