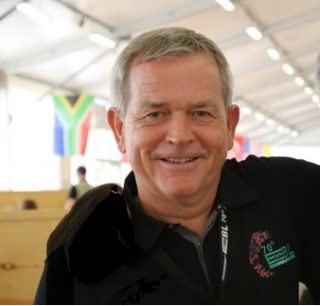 As I wrote in my previous post, over the past few days, Neapolitan Club received a message from some players under investigation. They complained about the methods adopted by the EBL Investigastion Committee and considered its approach as a kind of “blackmail”.

I sent him some questions which he kindly accepted to answer in writing.

1) Will you explain your approach in detecting online cheating?

2) Will you explain the cooperation between EBL Investigation Committee and BBO?

3) Will you explain the cooperation between EBL Investigations Committee and CAT (Credentials Advisory Team )?

Before I answer your questions below, I just want to make a short remark on your reference to ‘blackmail’.  The lawyer (who revealed himself on Bridge Winners)  for a pair  with whom I was in contact decided to attack me using that description. In my opinion, this comment is very far from reality but I suppose he used this emotive  word for his own reasons.

Let me describe the procedure while answering your questions.

1) As chairman of the EBL Investigation Committee, I occasionally receive reports about alleged cheating. EBL (also WBF and BBO) have made it clear in their recent statements that cheating in online bridge will be taken seriously. Due to the pandemic, the number of reports about potential cheating situations has exploded, with almost all nowadays about online matches and the players involved. From several sources (Nicolas Hammond is one of them but not the only one) we get big data statistics on online tournaments. For tens of players, these statistics form a kind of a red flag, then supported when different independent sources arrive to the same conclusions. To give you some examples: certain players/pairs have suddenly become top world class, compared to previously playing at only an average level when at face-to-face bridge. Others have been able to show defensive ability like not only world class players but also like known cheating pairs, being very close to double dummy play like GIB can do. We also see players/pairs that are able to be active or passive exactly at the right moment. All this has been selected not from some cherry-picked hands but for hundreds of hands in a row. Always good decisions, almost never (or when it’s no longer important) wrong. As we all know, bridge is too difficult a game to be able to play like this.

If these big data statistics are suspicious, we ask BBO to check the connection data of a player. BBO keeps track of very detailed data (login and logout times, visited tables, IP-address, device info and so on). If this connection data shows self-kibitzing has been taking place or was possible due to multiple logins at the same time, we continue with our preliminary investigation by asking some voluntary peers (about the same level as the player or players involved) to have a look at certain matches, preferably anonymised, although some hands have become famous and well known within the community. If they also conclude that there have been some suspicious actions, we decide to contact the player or players.

We inform them about these suspicious actions and present some examples; we don’t begin with a discussion about these examples. At that stage, we have not started a formal investigation nor do we accuse the players of any wrongdoing. But we do inform them that all in all, it looks suspicious and should there be a self confession (something both EBL and WBF have encouraged in their statements), a serious reduction in punishment would be possible. Further, we do inform them that without such a confession (which is of course totally up to them) we can and will start a formal investigation which will end up in front of the Disciplinary Committee. At that time, they will receive the full report of the Investigation Committee and be able to defend themselves in their disciplinary case.

We also inform them until that moment all information exchanged is private but that the resulting verdict from the Disciplinary Committee (or CAS, if it should end up there) will be published and become public information.

At that time – as has happened before – the bridge community can and will form its own opinion, independent of the verdict. This has nothing to do with blackmailing them, it merely informs them about the procedure.

As you can imagine, it really helps us if players confess before we have to write extensive prosecution reports. Experience has taught that each case will take hundreds of hours for us and our many volunteers. I am pleased that some players already have confessed and I am certainly convinced that other players will follow in due course. But if necessary, we are prepared to do the work in our fight for a clean game.

2) On the element of cooperation with BBO, I can say we work very well together. Both WBF, EBL and many NBOs have a long time partnership with BBO. I cannot and will not speak for BBO of course, but they have made clear in their terms and conditions (see BBO homepage):

https://www.bridgebase.com/intro/privacy.php
We record visitor IP addresses, usernames, and many details of site activity.
We record hands played on the site. This information may be made publicly available.

BBO may also disclose your personal information to cooperate with our partners in abuse-related investigations.
http://online.bridgebase.com/v2/doc_rules.html
We consider cheating in any form a serious offense to all other members and will take stern action against confirmed cheaters. This includes barring of the member from future games on BBO, forfeit of any BB$/MB$ left in account and any masterpoints won, reporting the offender to relevant National Bridge Organizations (NBOs) and more.

3) On the subject of co-operation with CAT, I can be brief. I understand CAT advises organisers of very popular but privately organised online tournaments about who to invite or not. Neither WBF, nor EBL nor I are involved with this process in any way. CAT doesn’t share who they do not invite (although most of the time it is not that difficult to find out by looking at the participants), why and when. I can confirm that we will never share or never have shared any of our information on potential cheating cases with third parties, including CAT.