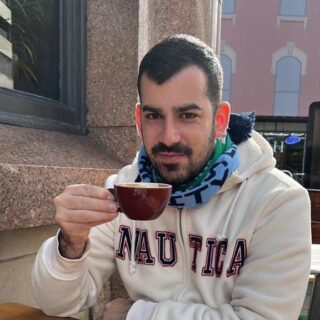 On May 2016, the EBL decreed on Lotan Fisher and Ron Schwartz a suspension of 5 years from playing bridge:

“The Disciplinary Commission of the EBL has concluded that the Israeli pair of Lotan Fisher & Ron Schwartz have been guilty of infractions of the laws of bridge. Accordingly, they have been banned from playing together for life, and are separately prohibited from playing in any EBL events or activities for a period of 5 years. Additionally, the costs of the investigation and hearing have been awarded against them.” (EBL)

Therefore, on January 2022 Lotan Fischer wrote to EBL the followings:

Dear president,
More than 6 years ago, on September 2015, I was suspended immediately until a decision regarding the accusations that came up against me and my bridge partner back then, Ron Schwartz.

On May 2016, the EBL decree on both of us a suspension of 5 years from playing bridge.

Therefore, as the time of the suspension now is already over, I would like to return playing bridge at the EBL tournaments.

I am asking for an official letter that the suspension is over and I can resume compete as a bridge player in the EBL.

Now, after the suspension by the EBL is over, I am still suspended by the Israeli bridge federation, I am asking for clarification; how can I participate in the European bridge championship (open/teams) without being part of any NBO?

Also, can I be registered in other NBO in Europe and take part in the European bridge championship (open/teams) without living in the country that I am registered at?

Now, when the suspension by the EBL is over, I am asking that no other sanctions about participating in other bridge event as: festivals around Europe/world, national’s
championships around Europe, local club tournaments and others will be made.

I am asking to make it clear that no one can prevent me from being participate in one of events above, as happened with other players lately.

I am asking to publish an official announcement now after my suspension is over in order to avoid from unpleasant incidents with bridge players that might happen at the bridge table in the future.

I would like to end the letter with an apology, to say I am sorry for the damage that happened.

I had no intention to hurt anyone, not the players, no the people who loves the game as much as I do.

I respected the EBL decision as I did not asked to appeal the decision and I am happy that the time of the suspension is over and I can be back playing the game I love so much.

I can promise that any kind of a bad behavior will never happened from my side again. 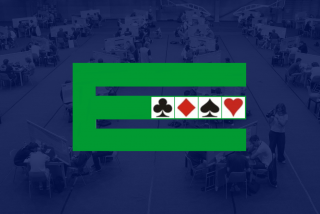 This is the EBL reply:

Thank you for your letter.

The WBF and EBL have reciprocity rules with all its NBO members. We have to respect the disciplinary sanctions imposed by the members.

The Israeli Bridge Federation (member of the WBF and EBL) sanctioned you for life, with the possibility of reinstatement after 10 years. The EBL has the statutory obligation to respect this sanction and you can therefore not yet participate in EBL events.

There is also the matter of the €45.000, plus interest, that you owe the EBL in fulfilment of the verdict. This must also be settled before you can participate again.

Neapolitan Club asked  Lotan Fisher to comment on the EBL decision. This is Fisher’s statement:

” I am sorry for everything that happened, hurt the people I love and the people who loves the game. If I am not welcome back in the bridge world, I will not force people to forgive me and get me back. Saying all that, I still think that after respecting the penalty I was given by the EBL, I deserve to get another chance and back to play clean”.