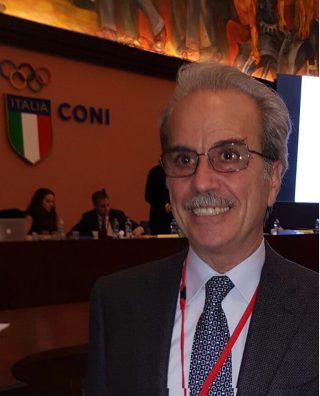 The umpteenth attack to Italian bridge and to its leading representatives, this time chiefly against Giorgio Duboin, is perpetrated by people who define their moral mark by cowardly hiding behind a professional bridge website (this time it’s Bridge Winners). This event led me to the following considerations, also in light of the most recent statements delivered by WBF’s president Gianarrigo Rona and by EBL’s president Jan Karmas.

Firstly, though, I wish to show to Giorgio Duboin all my personal esteem and solidarity, which I think are in tune with the feelings and the thoughts of all Italian Bridge players who identify with the Italian Federation (FIGB): until proof of the contrary – and I would want to see just that! – we are talking about a player who has been at the top of international bridge for decades, against whom no ethical accusation has ever been raised, and he has not certainly met a few players able to check any potential violations! His morals have been recognised at the highest levels, as a member of the WBF board, of the High Level Players Commission and of the Rules and Regulations Committee, among others.
Demonstrations of support to Giorgio Duboin are also coming from an equally reputable champion (ethically and technically), Alfredo Versace, who will be joined by other great champions soon.

This duly acknowledged, I am surprised by President Rona’s and President Karmas’ statements. Both have agreed that their institutions have no right to control what people say or write on public forums, and this would be, they say, because the members of the WBF and EBL are the NBOs, and not the NBOs’ respective members.

Would this mean that the highest level Institutions couldn’t react to inadmissible, unworthy behaviour, contrary to the most fundamental sport and civil principles?

Would the Institutions give up before the defamations made by crazy or anyway sick parts of its own membership?

And shouldn’t they ascertain whether it is slander, which would be very serious because of its consequences on the establishment? The very credibility of the Institutions is at stake!

I totally disagree with the alleged impossibility of intervening, declared by the two Presidents!
The intervention is technically and legally possible, and dutiful, through the NBOs, which have to follow the directives given by the international organisations, according to the rules and principles accepted at the time of their sign up, provided that the offenders who are to be prosecuted are registered with them.
The Italian Bridge Federation (FIGB), thereby, formally asks WBF and EBL for a sanctioning action against those who have made a serious defamation, and this not only to protect the dignity and the honourableness of the good name of Italian Bridge and its representatives, but also to protect Bridge.