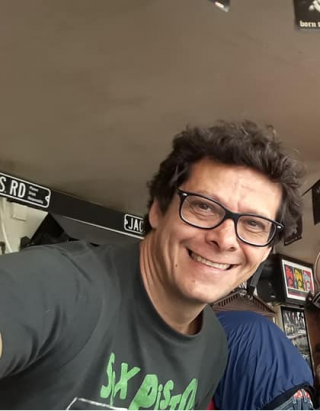 Bridge is a Card Game. There are many definitions of what’s Bridge, but every and each one are similar in one point – Bridge is a card game played by four persons.

Let’s take a look at one clear description:

Encyclopædia Britannica – “Bridge, card game derived from whist, through the earlier variants bridge whist and auction bridge. The essential features of all bridge games, as of whist, are that four persons play, two against two as partners; a standard 52-card deck of playing cards…”.

I don’t need to add other definitions, because they are all the same, stating that Bridge is a card game, played by two pairs. Well, I guess I made my point, so let’s move on…

The reason why I am writing this article is mainly because I am very worried about the future of our game. I think that we started cleaning up the game, getting rid of some people who were using illegal manoeuvres in order to obtain good results and prizes from some sponsors, and this was a very good thing – essential to keep the main purpose of our game: challenge your mental capacity. It’s well known that there are cheats in card games, but Bridge is a game of a kind, which differs from any other card game. So, why is Bridge so different than other card games? First, because you don’t bet money on it. You bet tricks. But, also because is your ability to solve the problems that are presented what’s at stake. Anyone who loves Bridge – and not the money or masterpoints involved – understands what I am talking about. If you play Bridge for the money or fame you get for doing it and nothing else, please get apart from us: the people that play it with passion, the ones that really love our game. What we have to do to clean this environment is to detect who are the people who would do anything for money, titles, and masterpoints and separate them from who really loves our game. This is the only way we will ever have a clean game between us all.

But, in order to achieve it we must play Bridge and not some distortioned version of it like online Bridge, where fake accounts and cheating is as easy as getting a bottle of beer from the fridge. Come on, let’s get real!

The main fact is that it’s impossible to have a clean environment on the internet. Here’s just an example of undetectable wrongdoing: my friend is an average player but she/he wants to perform well in an online competition. She/He asks me to come to her/his house and play the tournament using her/his log-in. If another player can play any tournament online instead of the one registered, it’s clear that this game is another thing but Bridge. If you like to play online and think it’s good to have a league or something like that, go ahead, but forget about having a clean environment in this type of game. You know that most of the people do bad things when they are not being watched – it’s the vile nature of the human being that takes control over the educated mind. Of course there are a bunch of people who are always doing the right thing and are able to control this freaking nature, but the fact is that it does not reflect the reality of the majority of the population.

Another reality is that the fact that you cannot win a tournament online does not mean that the other players are cheating neither are you if you are the one winning all the tournaments. You cannot judge people by the way they play on the internet. For example, to me, it’s not real or serious Bridge, so I will play excercising my instincts while in the real game at the table, I will play technically. All the huge effort that is being made by my good friend Boye and his partners will face an undestructable wall of reasons why online Bridge is not the real thing and start a war between honest people being accused against the investigation teams, federations against individuals or groups, lawyers against accusers, and much worst: friends against each other. The good intention of cleaning up the game still exists, let’s concentrate now on how we are going to separate the people that have other interests besides Bridge and tell them that they are not welcome anymore. Not today, nor tomorrow.

A way to achieve a better environment on the internet would be to make players sign an agreement before they play any tournament. In this agreement, they would revoke their privacy protection, allowing organizers to have access to their data, I.P. address, etc. Also the players would have to be filmed, and not use any other device at the same time. A Director could be called in case of emergency, to assure via video call the player has a real problem. Many things could have been done to have a cleaner environment on the internet, but the truth is that nowadays there’s no way to know for sure if some illegal action is being or was taken. In my opinion most of the pros and sponsors are giving this version of the game too much importance, as well some federations. If you want to keep the cheats away, why give prizes and masterpoints? I ask you all to stop thinking these tournaments online are the real deal and avoid creating bad blood because of online Bridge – remember that in a near future we will all meet at the real tournaments and we need it to be pleasant, since we cannot have a fight ring at the venue.

I also think that any kind of investigation in the future should be led by non professional players to avoid being dismissed by conflict of interests. The pros can be of some help in order to analyze possible and probable illegal actions, but they should not be the ones to decide who is cheating or not.

Yes, it can be improved with the adding of many security measures. But, I know that Bridge on the Internet cannot last, just because it’s not real Bridge.

(The opinions expressed here are solely those of the Author, and do not necessarily represent those of the Neapolitan Club or its members.)