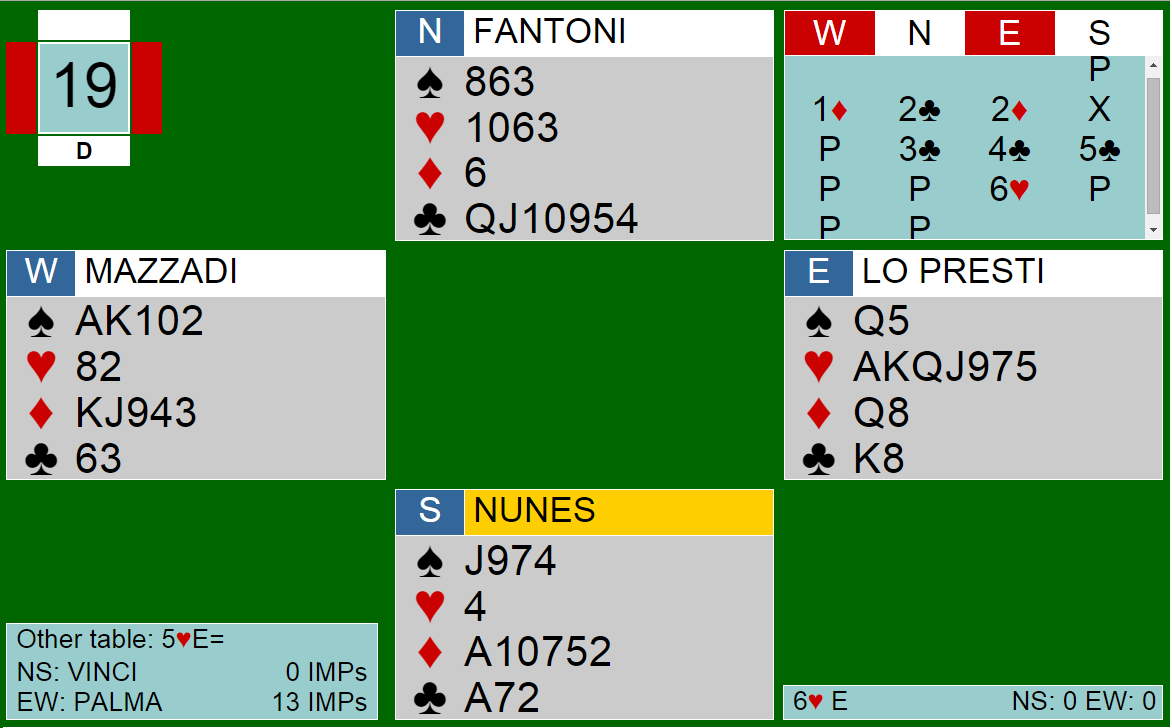 A hand defended by Fulvio Fantoni and Claudio Nunes – the current no. 1 and 2 players of the World Bridge Federation – was under investigation and forwarded to the Federal Public Prosecutor Office.  The note concerns board 3 of the 4th stanza of the Open Teams Italian Championships 2015, held in Salsomaggiore Terme (Parma, Italy) from 30th April to 3rd May.

Fantoni-Nunes (team Vinci) were playing against Mazzadi-Lo Presti (team Palma). Questions have been raised by the Ace of diamonds lead from Claudio Nunes, followed by another diamond (the 2) ruffed by Fantoni who returned a club.

The verdict of the Sports Judge has been delivered today, 12th of June 2015.

Prosecution: Fantonio Fulvio and Nunes Claudio are accused of breaching art. 48 a) of the Italian Olympic Committee Federal Charter and art. 36 of the Tournament Regulations, because of an abnormal play, which raises the doubt that players received UI.

Defence: Nunes claims to have had a mental blackout, and as a consequence he was incapable of thinking properly. He played mechanically and continued with a diamond without thinking, because he was convinced declarer had a club void.

Verdict: We do not have any proofs that UI was received by either player, so we acquit FIGB members Fantoni Fulvio and Nunes Claudio.

The full text of the verdict will be available on the Italian Federation website in the next few days.