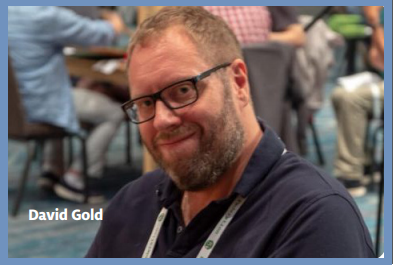 This interview was made with the consent of all members of the CAT.

Christina Lund Madsen: What is CAT?

David Gold: CAT stands for Credentials Advisory Team. We advise the online bridge events of ALT, OCBL and Bridgehouse when we believe a player should not participate in their events due to suspicions of ethical misbehaviour.

Who are the current members?

How and when in the process did you become involved with the CAT?

– I have been a member of CAT since the start. I received a phone call from one of the founding members asking if I would be interested in joining. I was honored and accepted right away.

What was your personal motivation for entering this project?

– I love bridge, have always just wanted a fair game. A game decided on skill.

How has it been for you so far?

– It has been a lot of work and stress. It isn’t just analysis; it is also dealing with a lot of politics. However, for me it has been fine – something to do in these times and I believe in the cause.

You recently posted an article on BridgeWinners saluting the confessors and advising other cheaters to come forward. What are your motives for this?

– I have always believed in forgiveness. My whole life I have apologized when I have done wrong (and realized it) because we all make mistakes. It is absurd to have a situation whereby one makes a mistake and there is no way to ever make it right. The way to make it right though is to tell the truth. Some people may be harsher than me on this issue, but I just want peace. For me – admit what you did. Say sorry is all it takes.

How does the CAT identify the suspects?

– A player becomes of interest either by a rumor, tip, suspect hand(s), suspect result(s) or highlighted by one of our statisticians. At this point we open a file on the player. Our aim is as much to prove they are
innocent as anything else. Then, we do the work.

How do you determine which players have violated the codes of ethical conduct?

– Once we have done enough work to reach a conclusion we vote on the player. If we all vote 5/7 is enough (CAT used to consist of 7 members/CLM). I do not wish to reveal all our methods because it is important that we stay ahead of the cheats, but we have teams of analysists, we have statisticians. We do a lot of work – this is taken very seriously.

Are there different kinds of violations?

– Mostly we are dealing with players who have gained an advantage. Most commonly by self-kibitzing. However, in some cases there are pairs communicating with each other – perhaps by phone/zoom or simply playing in the same room. We are able to tell whether it is self-kibitzing or a ‘colluding pair’-colluding pairs do not declare so well since they cannot see opponent’s cards.

Can you give an example about a case without mentioning names?

– We have seen a case where we believe that one player actually operated both accounts sometimes. We believe this because player A is world class and player B is known to be weak, yet plays as well as player A. Both player A and B are double dummy. Of course, it could just be that they both self-kibitz but when you see as many hands as we do you start to get a good feel for what the actual scenario is

What do you do after determining players are guilty of unethical behavior? Do you confront them, do you inform their partners and teammates?

– We simply advise ALT/OCBL/Bridgehouse if there is too much risk to the integrity of the event, should this person play. We aim to only inform the person but it can be hard for their teammates not to find out. How many players did you so far advise the organizers not to invite? – 29, I think.

Have they followed your advice?

– Let’s just say that those three events are very clean now. I highly recommend them.

How do the players react to your assumption that they have been cheating?

– Most seem to quietly accept it. Some threaten us with legal action. Not much in between that. 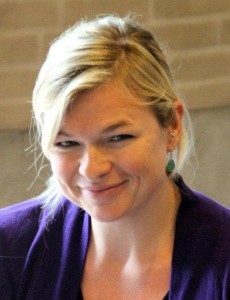 Do you cooperate with other partners (NBOs, BBO, other investigative committees)?

– CAT advises ALT, OCBL and Bridgehouse. That is all I am at liberty to say.

How often have you acquitted potential suspects?

– A few, but so far, often where there is smoke there is fire, in truth.

How sure are you of the ones you believe are violators of ethical conduct and how can you be convinced enough to jeopardize fellow bridge players’ livelihood in some cases?

– I believe we have made no mistakes, but we are human and it is of course possible. I hope not.

How do you estimate the percentage of top players who cheated in the events you have investigated?

How do you see the future for players who have fallen for the temptation to cheat in online events?

– If they confess – rosy. If not – then the problem is that they will struggle to be accepted by the bridge community.

How many have confessed to their wrongdoings privately?

– Prefer not to say.

What has surprised you the most about online cheating?

– I am not at all surprised it occurred. However, some of the people who did it have shocked me to the core.

Did you have cases where you or the other members had to set aside personal feelings?

– Many – these people are all friends with at least one member of the committee. If it is too hard on anyone, they can take a back seat on that case. In practice we have all managed to stay as impartial as possible. Speaking for myself I have looked like a fool once – defending a friend but I had to shut up eventually.

How do you estimate the current status of online cheating?

– Now, it is very rare for these three events. The ALT is the most exposed due to allowing kibitzers (to be clear I hope ALT keeps this – to me, the avid players being able to watch and enjoy is at least as important as the experience for the players taking part). Some people who are out of the social loop and do not realise that they will get caught have tried their luck – they found out that was a bad idea.

Have you been part of finding players close to you guilty of ethical violations and how has that been for you?

– Yes, I have. It has been hard but the bottom line is the same. Come clean and we can go for a beer the same day

How do you handle your mixed feelings of pity and disappointment with the violators?

– I have had low moments where I feel “What is the point when people I have known for 20 years are prepared to cheat their friends like it is nothing”. People you go to dinner with, play on teams with and have drinks at the bar with. I remind myself that bridge is the best game in the world, I am so lucky to be in this world and I will fight for this world to be pure. If that doesn’t work, I speak to someone in CAT for a bit of emotional support.

Is there in your opinion a difference between online cheating and live cheating?

What do you think should be the punishment for online cheating (confessed and non-confessed)?

– For full confessions a mild punishment and crucially the bridge community can accept them back. For non-confessions it is not for me to decide but on a personal level I will never be friends/teammates/ partners of those people. This is just me though, CAT is not the judge and jury, CAT simply investigates.

Can you still maintain your friendship and respect for players you know (or strongly believe) have cheated?

– If they admit it – absolutely. Otherwise, no.

How would you feel about a player representing his/her/their country after having confessed to or been highly suspected of online cheating?

– I haven’t touched on this yet but not all cases are the same, so I do not like a blanket approach in this regard. I think it depends on the level of the crime and also what that person does to make amends. As I have said earlier – I believe always in forgiveness.

How do you see the ideal solution to move on?

– All come clean. It is the only way.

Did you ever wish you had not entered the CAT?

(The Minor Alt Invitational I Bulletin # 3)