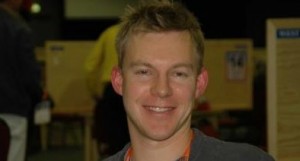 With such a long letter from you with various “accusations” and inaccuracies I am afraid I can not respond with just a short statement. I hope you will take some time to read through this and thereafter enlighten the bridge community.

(Sic): – It’s important to precise that, at this moment, and during several long days, Mr Brogeland didn’t send any board or video to us.

What was coming was expressed verbally many times prior to the “main” E-mail I sent you, Jean-Charles. You said that you preferred me to send it directly to you, and you would forward it to the rest of the team. 01.37 AM the 12th of September I sent the hands and analysis of three matches from the European Championships 2014 to you. To make sure that other members of the team also received the same information I sent the same attachment to Fantoni, Nunes, Helgemo, Helness and Zimmermann 13.20 PM the 12th of September. Krzysztof Martens got the same information 14.48 PM the 12th of September. In a phone call with me the next morning you stated that you had received hands from other sources too.

(Sic): – M. Brogeloand was not among these players who had the courage to come to us and say the things, and at the contrary, some time later he decided to play with them, despite what he knew: ethics were at this moment not as important as business!!”

It’s hard to come and tell something when you don’t know something. When Richie Schwartz signed Fisher & Schwartz onto his team I didn’t know about their wrongdoings. When I played with them for two years I got suspicious, and I was happy that they got a better offer from the Cayne team so we got new team mates for this cycle. When I watched the BBO archive from the Spingold Quarter Final and saw all the non-logical and mysterious actions Fisher & Schwartz took during 30 boards against Allan Graves and Richie Schwartz, I just KNEW. So I took action. What’s so difficult to understand?

(Sic): – M. Brogeland team hadn’t lost the quarter final in Chicago, nothing should have happened, players preferring the rules of ‘omertà’ rather than courageous actions…

If we had won the appeal (and kept the 1 IMP victory) which the Cayne team filed in the Spingold Quarter Final, I would have focused on getting some sleep and prepare myself for the match against the Lavazza team the next day. So I wouldn’t have had the time to study what happened at the Fisher-Schwartz/Graves-Schwartz table. Unfortunately that could have resulted in that I wouldn’t discover those non-logical and mysterious actions by the Israelis. What’s so difficult to understand? (Allan Graves has told me and also written on Bridgewinners that he would have taken action against Fisher & Schwartz no matter the outcome of the Spingold Quarter Final. He also KNEW after having played 30 boards with Lotan Fisher as his screen mate.)

(Sic): – As soon as we’ve received the message of M. Brogeland and his illegal threads (he doesnt call them threads, they are supposed to be friendly recommandations, thanks my friend!!), we’ve told him a certain number of things :

Illegal threats? I contacted my friend Fulvio Fantoni first. Asked him to do the right thing based on the evidences we had. Didn’t he even offer the Monaco Bridge Federation not to go to Chennai based on this? Then I spoke to Pierre Zimmermann, Geir Helgemo called me, I phoned Tor Helness, and I had a couple of long conversations with you. I asked everybody to do the right thing so we could clean up the game (which has been my only motivation since the very first day I went out against Fisher & Schwartz) and move forward without anybody ruining the rest of their careers and lives. Yes, I did this as a friend. I am not sure everybody would have chosen the same approach, but I feel much better knowing that everybody got a fair chance to do the right thing. That you and others chose a different path, I really don’t consider being my problem.

Why can’t we publish the text messages you and I sent each other so that the bridge community can decide who is threatening who in this case? Please inform me if this is ok with you. Or what about the text message from one of the Monagasque players stating that whenever I need a wheelchair you have lots of them in the South. Is it OK for you that we publish that too?

(Sic): – when a US player, after a lot of years of rumors, said that he had discovered the code of the “Doctors” and decided to ask WBF to investigate, did WBF refuse? NO.

Why has the WBF been silent in both the Fisher & Schwartz case and the Fantunes case? Is it more convenient to go after two German doctors than two Israeli superstars and two Italians who happen to be #1 and #2 in the world ranking? If you can’t respond, I hope that the WBF will enlighten us. Norman Schwarzkopf: “The truth of the matter is that you always know the right thing to do. The hard part is doing it.”

(Sic): – Despite all what M. Brogeland may say or believe, we’re in a world where legal organizations exist and have to play their role, which is difficult.

When the “system” seems to have failed in catching cheaters and getting them out of the game that we love, I didn’t see any other option to clean up the game than to go publicly (and hope for the best). I knew I was dealt a good hand, but it’s been amazing to see how it has played out. With everything I have learnt over the past four weeks, I still don’t think this is the end, nor do I think it is even the beginning of the end, but it might be the end of a bright beginning.