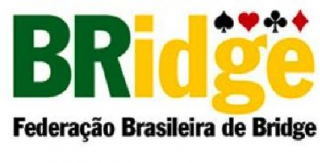 Statement to the Members of the Brazilian Bridge Federation

In accordance with the procedure established to investigate complaints brought to the Ethics Committee, the Board of Directors of the Brazilian Bridge Federation (FBB) reports the result of the case against Mr. Gabriel Chagas.

Considering all evidence and related analysis in three (3) specific stages of the procedure, as well as the defense reports and expert opinions, Mr. Chagas admitted that its nature could lead to his conviction, even if, in his judgment, entirely unfair. Gabriel Chagas has, therefore, under such circumstances, decided to accept a proposal made by the Board of Directors, which consists in the signing of an agreement which subjects him to a penalty of suspension for a period of one year, as a result of the complaints brought forward.

As result, Gabriel Chagas acknowledged his suspension from tournaments promoted by the Brazilian Bridge Federation and its associated clubs, for a period of 1 (one) year as of April 15. In addition, Mr. Chagas will not represent Brazil, nationally or internationally, for that same period. (Titles and ranking points awarded to the player in online tournaments held under the auspices of the Brazilian Bridge Federation as of March 2020 are hereby revoked.)

Board of the Brazilian Bridge Federation (FBB)