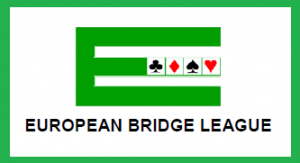 Last week (September 7th, 2015) the European Bridge League (EBL) published a statement about allegations of cheating. Today the statement has been updated:

Allegations of cheating in international competition by 2 European players have recently appeared on the internet and on social media.This has been noted by the EBL and following the request of several NBOs , members of the EBL, the EBL has started a process to investigate incidents reported as occurring at EBL Championships.

[Updating September 14, 2015] Separately, allegations of cheating in international competition by a further 2 European players have been made public on the internet. Requests to investigate these allegations where they have occurred at EBL Championships have been received and an additional investigation has commenced.