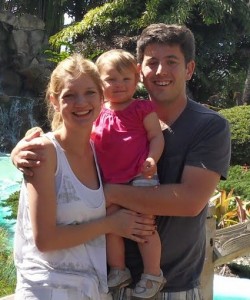 Gavin Wolpert is a full-time professional bridge player and teacher. He was born and raised in Toronto, Canada, and now resides in Palm Beach Gardens, Florida with his wife Jenny and daughter Danielle. Gavin is an ACBL Grand Life Master. Together with some friends he created an online bridge community to share news, tools, articles and many other bridge topics: Bridgewinners.com. As Gavin is a renowed expert of American bridge we asked him to speak about US1 and US2  and other issues related to the next World Championships in Veldhoven.

Gavin, will you present to our readers USA1 Team (Fleisher)? I mean, would you profile the players and the pairs?

Captain Marty Fleisher was interviewed on BridgeWinners.com about how he decided to hire a team and what he does for a living here. USA1, winners of the 2011 Vanderbilt, is a team with a lot of experience. Fleisher-Kamil play a souped up version of 2/1 including transfers after 1♣ opener. Multiple time world champions Martel-Stansby play a weak NT structure. They are a very experienced pair, who do a fantastic job of capitalizing on their opponents mistakes.

Their star pair, Levin-Weinstein have never played in a Bermuda Bowl together before. I am very close with them and know that they are working harder than ever to prepare themselves. They also play a basic 2/1 system with hundreds of gadgets This team plays as close to the Italian style of keeping their opponents from scoring imps as any US team. They are also similar as none of them play a forcing club system.

And what about US 2 (Bathurst)?

These are my peers. I have grown up playing against them in the World Youth Championships over the past 15 years. They are unbelievable competitors. They believe they can and will win every event they enter. Their team chemistry is unmatched in this year’s Bermuda Bowl. Zagorin-Bathurst have been playing together for a few years now. They play a very standard American 2/1 Structure. Grue-Lall, a first time partnership for the USA Trials both have had a ton of experience playing their Meckwellian Strong Club System. They both know the in’s and out’s of the system and have a lot of moves to bring to the table. They can sit down against any pair in the event and have a big game. Finally Hurd-Wooldridge. They are the most experienced partnership on the Bathurst team, having played together for over a decade. As well they are my current teammates for the NABC Cycle. They play a 2/1 system, though they bid like its a strong club. Their aggressive openings and game bidding puts their opponents in a lot of very uncomfortable defensive positions. Without a doubt this team has some of the best card players in the world, they have experience playing as a team, and the format of the world championships is something they have a lot of experience battling through together, with 2-3 titles each in their youth.

Bathurst team defeated Nickell and Diamond at American Trials 2011. What do you think about these exclusion, especially about the really sensational exclusion of Nickell team?

Both Bathurst and Fleisher defeated Nickell and Diamond in their runs to the 2011 Bermuda Bowl. It says a lot about the depth of American bridge that the two finalists of the 2010 Rosenblum were unable to qualify for the Bermuda Bowl. I think the US Trials format gives the best teams an extreme advantage in winning each match. There is no optimal solution to the USBF trials as it is the nature of professionalism that has guided them in the direction they have gone. They do not have an angel sponsor who would pay them a large contract without asking to play on the team, like Italy. Given that, I think they do the best they can to provide a format where the best teams rate to qualify. I don’t think Nickell’s exclusion says anything other than the fact that they are no longer currently the dominant team in US bridge. That’s not to say their skill has decreased. I just think due to the number of players that are able to make bridge their living in the US, there are now far more world class teams entering the trials. It is important for the system that the teams at the top are constantly tested and are forced to work to maintain their place at the top of the game. It is healthy for them to miss playing in a world championships for one tournament as it will motivate them to work harder and get to an even greater level.

As we read at Bridgewinners.com, beginning with the 2012 Spingold, Levin-Weinstein (now top pair in Fleisher team) will be joining the Nickell team, and Fleisher has just hired a new pair to replace them (Rosenberg-Willenken). Might this fact create bad moods or disharmony in Veldhoven among the players of Fleisher’s team?

Absolutely not. Their team chemistry is as good as it gets. They all have a lot of respect for each other. It is the nature of professional bridge that pairs who are performing are going to get other opportunities. It also makes it a lot easier that L-W are moving to the Nickell team. Marty, Michael, Lew and Chip are all very realistic. They all realize the magnitude of the opportunity that has come for Bobby and Steve and completely support them in their decision to move. I expect them all to compete at their absolute best and that team chemistry will only prove to be an advantage.

I’m not aware of the actual details. I doubt that their release had anything to do with the performance in this years Trials, though who knows what would have happened had they won. The Nickell team has enjoyed very little success in the Spingold/Vanderbilt during the partnership life of Zia-Hamman. I think in any sport, a team that is used to tremendous success is likely to make big changes when there is a dip in performance.

Starting with the 2012 Spingold, Bob Hamman will join a new team, partnering Bart Bramley. Does this mean a definitive divorce between Zia and Hamman? What is  your opinion about the dissolution of one of the most extraordinary pair of all time?

Bridge fans everywhere had extremely high hopes for the partnership of these two legendary players. As we all know, the skill of a partnership is not just the sum of the skill of the two players. They never seemed to find a groove. I am an outsider to the situation but from my seat it seems like we will not see them as a pair again in the future.

In Veldhoven many strong top players will not play the Bermuda Bowl: Meckstroth and Rodwell, Zia and Hamman, Fantoni and Nunes, Helgemo and Helness… What’s your view?

Inevitably all great American pairs cannot qualify for a given Bermuda Bowl. There are far more than 2 teams worth of top pairs in the US. As to some of the top European Pairs… Italy had the same problem before Fantoni-Nunes departed, 4 pairs only 3 spots. It has been quite some time since we have seen Helgemo Helness or Balicki Zmudzinski playing in the Bermuda Bowl. Their ability to get a large contract playing in the Transnationals is a big deterrent to them entering the Bermuda Bowl. At the end of the day, top pairs like these have chosen to make bridge their profession. They would not be as good as they are today if it weren’t for the sponsors who hire them. Meanwhile their NBO’s have no incentive to subsidize the players on the same level. I suspect over the last few years we would have seen a lot more of them if the Transnational Teams didn’t conflict with the Bermuda Bowl. It is definitely sad that none of this year’s Spingold finalists will be playing in Veldhoven.

I think that the Italian team is the pre-tournament favourite. Their obvious edge over the American teams is that they are well balanced. All three pairs on this team are equally dangerous and difficult to play against. I expect them to win the round robin and play an American team in the final. Who knows, maybe spectators will get to enjoy another Italy-USA final with less than an imp margin 🙂

Besides the USA and Italy, which other teams can compete for the final victory in Veldhoven?

All of the teams that came out of the European Championships are a threat to win. The bridge world is dominated by Europe and USA. It would be shocking to see anyone else win. I think the Dutch on their home turf might have some extra motivation that will help them gather the momentum required to win.