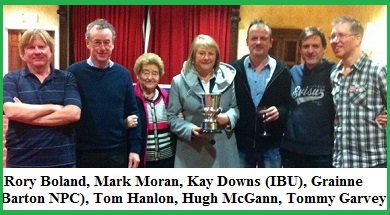 In the final Hanlon defeated Coyne by a wide margin: 268-75. In the play-off for third place O’Gorman defeated Pattison 80 – 38.

So I called Tom Hanlon to congratulate him and to realize a short interview. 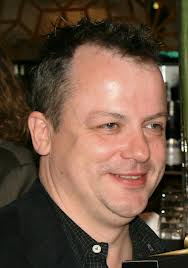 Tom Hanlon: Thanks a million…it was fairly straight forward but always happy when they are over as sometimes things can go wrong in a 60 or 80 board match.

LC: How do you feel? I think you’re very proud to represent Ireland at the next European Championships.

TH: Mostly relieved as we made a major change to the team after finishing 4th in the World championships in Lille with Moran/Boland replacing Mesbur/Fiztgibbon. The new team was formed with a 3 year plan culminating with qualifying for the Bermuda Bowl in 2017, we have had a tremendous start to our campaign over the first 10 months. The team is working harder than ever and it is showing, but we know we need to continue to work hard to compete with the top countries.

LC: Will you please give a me short presentation of Rory Boland and Mark Moran, the new teammates in the open team?

TH: Rory Boland and Mark Moran. They are a partnership for the last few years but with the old team dominating the Irish national team they had limited opportunity to gain experience at the top level. With the team change they are now been given a crash course in international experience. They played exceptionally well in the recent trials. Though they know they have to continue to work hard and are fully committed to doing so. The ages are 55 and 53 respectiively. Rory Boland previously represented Ireland in European and World Championships in the 80’s and early 90’s. Both are winners of the Camrose trophy for Ireland. They are both close friends too who I have known since I was a teenager. All 7 (our NPC is Grainne Barton) of us are close friends which creates a fantastic team dynamic, which for me is priceless.

LC. Thank you Tom, and good luck in Reykjavik!