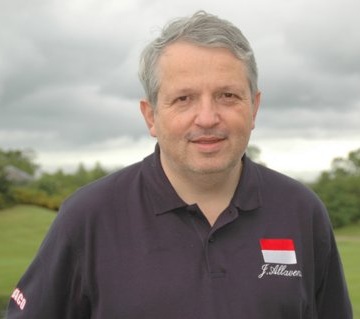 Yesterday we published an article summarizing the fact and the appeal full text. Today we publish a brief interview with the President of Monaco Brige Federation, Mr Jean-Charles Allavena. Tomorrow we will post the  Sabine Auken’s reply.

Jean-Charles, what is your view about the appeal and its outcome?

Concerning the Vanderbilt appeal, I believe that it raises many problems. Why is it possible to appeal at the end of a match about a board played many hours before? Is it normal to start the last 16 boards without knowing if a result has been changed, possibly moving 12 IMPs from one team to another one?

Is it normal, when the NABC Championships are year after year more international, that the ACBL doesn’t apply the WBF rules, which entitle an Appeal Committee to split a decision? Here the only possibilities contemplated by the Appeal Committee seemed to be just made or one down, but the option to assign a score based on contract sometimes made and sometimes down has not been taken into account at all.

The decision itself is very much against the Monaco Team, because despite the possible damage caused by misinformation, Auken-Welland had some opportunities to find the solution (and some arguments, such as “I may have lead a heart”, are simply a joke!!!) and clearly the cards played by Sabine and Roy were not the best ones to defeat the contract. I’ve been happy to see, for example on Facebook after a post of Roland Wald, that nearly all the players regarded the decision as a scandal…

And the last point is that all this confirms that we should move very fast in order to cancel the Appeal Committees : when there is a group of very good TDs, who discuss the case and take a decision after a long discussion, how is it possible to have an Appeal Committee with lower level TDs and lower level players?? Really a joke in this case (who knows the members of the Appeal Committee?), but it often happens…

Have you had the opportunity to talk to Mr Zimmernann – or other Monaco players – and what are their views?