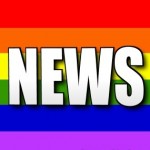 The Netherlands – Waiting for the European Championships in Dublin, a very interesting practice match was played between The Netherlands and Israel (April 20-22, 2012). Holland won the Bermuda Bowl in Veldhoven last year, where at the same time and place Israel grabbed the WC Transnationals. The practice match was held on the premises of the Onstein Castle owned by Dutch super sponsor Hans Melchers. The Netherlands fielded Brink-Drijver, Muller-De Wijs and Verhees-Van Prooijen. Israel was represented by Fisher-Schwarz, Birman-Padon and Ilan and Ophir Herbst. After three days of pay Israeli took a clear victory: 598 to 457.

Wales – Scotland won the Lady Milne Trophy. The 2012 edition of Lady Milne Trophy was held on 13-15 April at the Metropole Hotel in Wales. The  winning team was: Sheila Adamson & Anne Symons, Liz McGowan & Sam Punch, Fiona McQuaker & Yvonne Wiseman and Brian Short (not playing captain). Final Ranking: Scotland 104, Wales 96, Ireland 71, England 69, N Ireland 65, WBU 38. This Trophy, now the equivalent of the Camrose Trophy for Women, has a long history and it was first presented in 1934 by a certain Lady Milne.

Uruguay –  Italian stars Norberto Bocchi and Agustin Madala will take part at the Fourth South American Transnational Bridge Festival held at the Radisson Hotel in the city of Montevideo, Uruguay, from May 26 to June 3, 2012. The Festival  comprises pairs  and open team, women team, mixed team tournaments. All tournaments are transnational.   Bocchi will partner with Gabriel Chagas from Brazil; Madala will partner with Diego Brenner. Madala and Brenner are a good pair: They already won the Brazilian Championship 2011.

Ireland –  Last week the Belfast Telegraph published a nice interview to Sandie Millership, chairman of the Northern Irish Bridge Union. Greece, which was meant to host the 2012 European Championships, withdrew due to the financial crisis. EBL then asked Ireland to organize them. They will take place in the West City Hotel in Dublin. Millership says that EBL choose Ireland because of the 1991 Championships, that took place in Killarney and were successful. With a laugh, Millership concludes by saying: if you need memory and practice to play bridge, you need organization skills and money to organize the Championships. [read article >>]

Poland – The prestigious 2012 TOP ForumBridge.pl  tournament was held April 29-31, 2012 in Przypki near Warsaw, Poland. The event in fact was devided between two tournaments: the third edition of the TOP Individual and the first edition of the TOP Pairs.  The TOP Individual consisted of 68 players, with Andrei Arlovich from Belarus as the clear winner. In the TOP IMP Pairs 22 pairs participated. The field was outplayed by the winners, Włodzimierz Starkowski & Stanisław Gołębiowski from Poland.

The Netherlands – Hans Kreijns, a former world champion bridge, passed away at the age of 83 in The Hague, The Netherlands. Kreijns was the best known player of his home country The Netherlands. Together with the legendary Bob Slavenburg in 1966 Kreijns won the World Pairs Olympiad of Amsterdam. Until his death Kreijns was on top of the Dutch Master Point rankings. Besides Slavenburg, Kreijns’ bridge partners form an impressive shortlist: Berry Westra, Jan Westerhof and Hans Vergoed. With the latter he won a bronze medal at the World Bridge Olympiad of Valkenburg, 1980.

This article will be updated: April, 2012