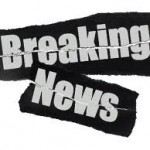 The decision regarding the final of Italian Club Championships has at last been determined  by the CNG (National Tournament Commettee) after an appeal from the Varese Team. The complaint was upheld, therefore the team of Francesco Angelini has been disqualified. The three Norwegian players who played in the team, messrs Brogeland, Helgemo, and Helness did not have the necessary residential requirements for them to participate in the Championship of 2010.

The results have now been adjusted with the Varese Team being awarded 2nd place. Thus there will not be a rerun of the final between the Allegra Team (Lavazza) and that of Varese.

This is the the all important statement from the CNG ruling: ” The National Tournament Committee has upheld the appeal submitted by the Varese Team. Because of the complexity of the situation, which led to the suspension of proceedings at the time, an order has been issued for the immediate disqualification of the Angelini Team, and that the result will be adjusted as a consequence.”.

And this is the short note you can read on Italian Bridge Federation official website: 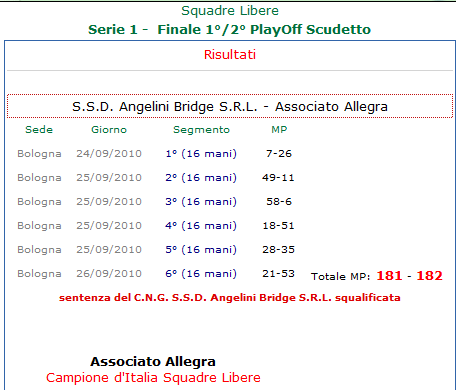