13 of the 20 top pairs who are to compete in the Copenhagen Bridge Invitational from the 15th – 18th of January 2015 at the Radisson Blu Scandinavia Hotel are now official: 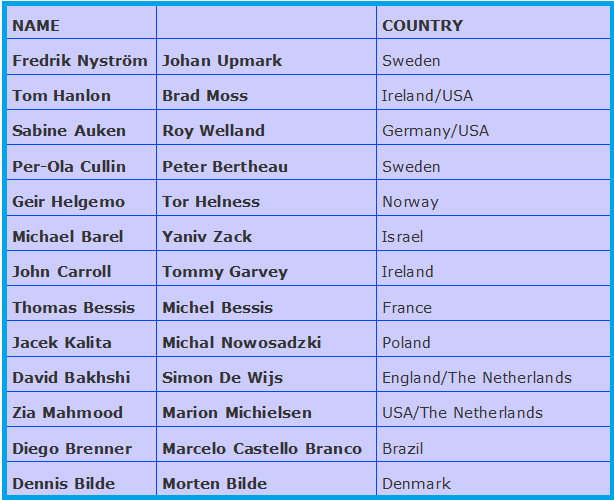 In addition to the 13 pairs, we have four pending invitations; all pairs who would be in any bridge player’s top 10 of the world’s best pairs.

The last three participating pairs are found through a qualification for members of the Danish Bridge Federation.

Geir Helgemo’s words about the Copenhagen Bridge Invitational: “This is the tournament I look most forward to. For me it is pure pleasure.”